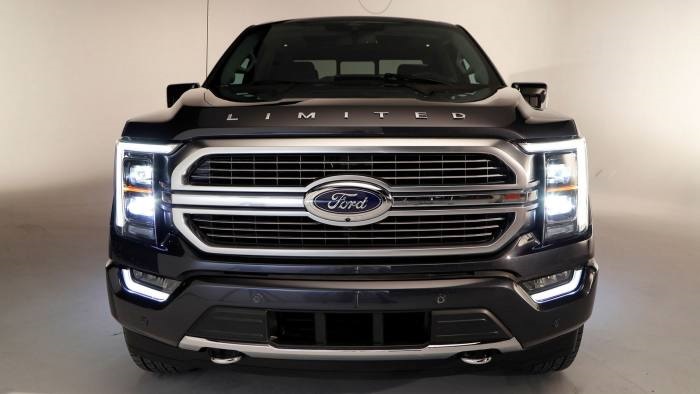 In the race to dominate the electric car (EV) market, various auto manufacturers are investing millions of dollars to electrify their business segments. Auto companies are partnering with battery firms to build battery factories and expanding their electric car manufacturing capacities to leverage their market position. One of the companies is Ford, a century-old auto manufacturer in the US.

Jim Farley led company revealed the plans to build several factories focusing on electric cars and batteries in Tennessee and Kentucky. The company will be partnering with South Korea-based battery manufacturer SK Innovation and will together invest USD 11.4 Billion to build next-generation plants. Ford’s Tennessee-based plants will be its largest-ever production plant, covering nine square miles. Ford CEO Farley says that the aforementioned plant will be the biggest-ever production facility built since its inception.

The Tennessee plant will house its pickup trucks and battery division. On the other hand, the Kentucky plants will build lithium-ion batteries. Ford’s plants won’t be operational until 2025. This huge investment conveys Ford’s commitment to pave its path in the EV industry. “This is a new Ford,” Farley told The Verge. The plans come amidst the Biden Administration plan to build electric infrastructure across the globe. Moreover, last year’s proposals to ban gasoline-powered cars by 2025 in California have boosted the auto manufacturers’ efforts to expand their electric segment.

“This story is about digital vehicles with embedded systems, and a customer experience led through software that gets better every day, and changes the definition of a car from something that gets you from point A to point B, to something that enables your full life,” Farley said. The company says that it will require 140GWh of battery manufacturing capacity annually, while the three plants will generate 129 GWh of capacity every year. According to S&P Global, a market intelligence company, the lithium-ion capacity is anticipated to increase from 455 GWh to 1,447 GWh in 2025.

In May 2021, Ford revealed that it will spend USD 30 Billion on electric cars by 2025, and its 40% of global feet sales will account for electric cars. While it also unleashed its plans to go all-electric in Europe by 2030. In its latest commitment, Ford will invest USD 7 Billion while the remaining will be funded by SK Innovation. According to Ford, the Tennessee plant will be called Blue Oval City and it will invest USD 5.6 Billion to build the plant. In addition to producing electric cars and batteries, it will also include a recycling division. This plant will create around 6,000 jobs in the US.

Ford’s two Kentucky-based plants will witness an investment of USD 5.8 Billion. The company says that Ford and Lincoln EVs will be assembled at these two factories. These two twin plants will create approximately 5,000 jobs. In addition to job creation, it will be spending USD 525 Million on job training programs. “Our industry has an enormous shortage of technicians,” Farley said. “We need to recruit a huge number of technicians who are good at doing service on the road.”

A Look on the Rivals

The US-based auto manufacturer General Motors is planning to build four battery factories with a total of 140 GWh of battery capacity. It has also partnered with one of the South Korea-based companies. Meanwhile, Volkswagen has revealed its plans to build six battery cell manufacturing plants with 240 GWh of battery capacity in Europe by 2030. Furthermore, Tesla, a fully-electric auto manufacturer, said that it plans to build a battery manufacturing plant in Berlin, which will have a production capacity of 250 GWh.