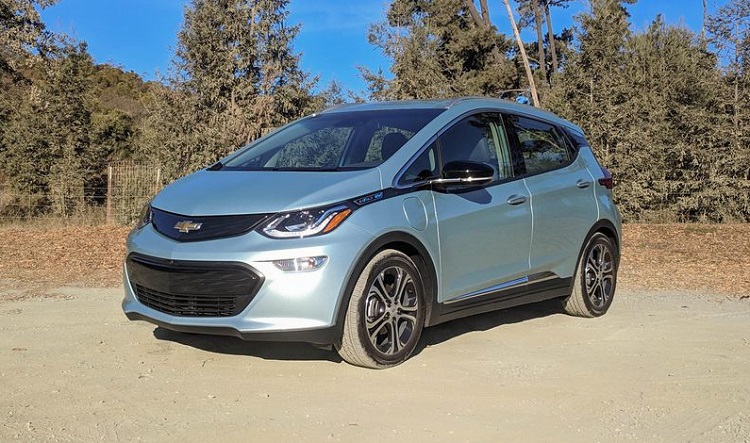 General Motors (GM), a US-based auto manufacturer,  said that it would seek reimbursement from its South Korea-based battery manufacturing partner, LG Chem. This comes after GM had to recall its Chevrolet Bolt electric vehicles over battery manufacturing defects. To be specific, it will recall 73,000 vehicles that would cost around USD 1 Billion in losses.

Various auto manufacturers are striving to capture a huge market share in the electric vehicle (EV) industry. Many of them are investing millions of dollars to boost their R&D activities and expand their manufacturing capacities. However, such recalls can create a huge dent in the company’s brand image. In a statement, the company said that it will replace the defective battery modules with new ones in Bolt EVs and EUVs.

Our focus on safety and doing the right thing for our customers guides every decision we make at GM,” said Dough Parks, Vice President, Global Product Development, Purchasing, and Supply Chain, in a statement. “As leaders in the transition to an all-electric future, we know that building and maintaining trust is critical. GM customers can be confident in our commitment to taking the steps to ensure the safety of these vehicles.”

It’s not the First Recall

This is the third recall from the auto manufacturers after it recalled Bolt EVs over fire risks in July this year. The company said on the second recall that it would cost around USD 800 Million to replace defective batteries.  GM said that after the LG Chem manufacturing facility investigation, it discovered defects in battery cells. Moreover, it added that both the companies are working on resolving the issue.

“In rare circumstances, the batteries supplied to GM for these vehicles may have two manufacturing defects — a torn anode tab and folded separator — present in the same battery cell, which increases the risk of fire,” GM said in a statement.

On the latest recall, GM has recommended the drivers to not charge the battery above 90% and avoid the depletion of battery below 70 miles. To rebuild the customer trust, the company said that the new battery modules will come with eight years of a 100,000-mile warranty. However, GM doesn’t have any EVs in the market, which trails it behind companies such as Tesla and Volkswagen. Nevertheless, its electric Hummer pickup and Cadillac Lyriq are using different battery technology to power them.

The latest recall of GM comes after Volkswagen AG ID.3 EV was caught fire. This car was embedded with an LG Chem battery solution. Various complaints or recalls in the automotive industry have been encountered due to LG Chem’s battery cells. For instance, Hyundai recalled 82,000 Kona EVs over fire risks. The company had entered into a partnership with the battery manufacturer for its EVs. This recall had cost Hyundai around USD 851.9 Million. Thus, companies are moving from LG Chem’s pouch-type lithium-ion battery cells to prismatic-type cells. These kinds of battery cells are manufacturing by companies such as Samsung SDI and CATL.

Over the recall of GM EVs, LG Chem’s share dived nearly 10% on Monday, while GM’s stock slipped 1.9% in after-hours trading. It’s not clear if the two companies will continue with this partnership. In April 2021, GM and LG Chem announced to build a second battery cell manufacturing plant in the US. The plant that is expected to be open by 2023 would have a production capacity of over 70 gigawatts (GW) hours. This is two times bigger than Tesla’s gigafactory that has a production capacity of 35 GW-hours. The two companies’ partnership is not just a few months old. GM has relied on LG Chem’s lithium-ion batteries for over a decade. In 2019, GM and LG Chem formed a joint venture to mass produce battery cells for EVS.