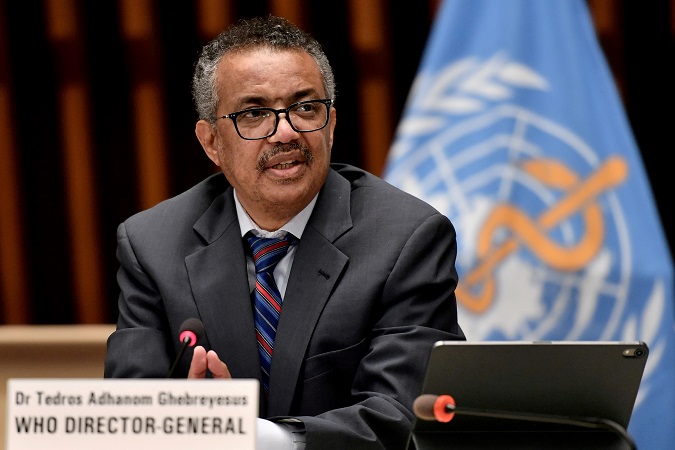 The World Health Organization (WHO) said on Monday that it is setting up its first COVID-19 vaccine technology hub in South Africa. The establishment of the hub will help the African companies to produce and license mRNA vaccines. Major pharmaceutical companies such as Pfizer-BioNTech and Moderna are utilizing mRNA technology to manufacture the COVID-19 vaccines.

WHO has collaborated with its COVAX partners to work with South Africa-based companies such as Afrigen Biologics & Vaccines and Biovac, medical universities, and Africa Centers for Disease Control and Prevention (CDC) to set up the hub. The organization said that the hub will allow the companies to manufacture the COVID-19 vaccine within the time period of nine to 12 months.  According to the WHO, its partners will negotiate the terms with the Government of South Africa and the private companies in the coming months.

South Africa’s President Statement on the Set up

“The COVID-19 pandemic has revealed the full extent of the vaccine gap between developed and developing economies, and how that gap can severely undermine global health security. This landmark initiative is a major advance in the international effort to build vaccine development and manufacturing capacity that will put Africa on a path to self determination. South Africa welcomes the opportunity to host a vaccine technology transfer hub and to build on the capacity and expertise that already exists on the continent to contribute to this effort,” President Cyril Ramaphosa said.

He also said that the vaccine distribution across the globe is unfair as developing countries are “still struggling” to gets hands on the vaccine that is being distributed in billions in the North. Ramaphosa added that the vaccine licenses should include low and middle-income countries. WHO’s announcement to set up the “transfer hub” in the country comes after President of France Emmanuel Macron commits to support Africa-based countries to establish COVID-19 vaccine manufacturing facilites.

In the transfer technology hub, the interested manufacturers from low and middle-income countries receive training, which includes quality control and crucial factors of the production. WHO stated that Biovac will be the developer, while Afrigen Biologics and Vaccines will set up the manufacturing plant for the COVID-19 vaccine production. Moreover, the network of universities will provide support on the mRNA technicalities and Africa CDC will confer regional support.

On Monday, the President said that South Africa is in the midst of facing the third wave of the COVID-19 pandemic. “The climb in new cases has been extraordinarily rapid and steep over the past few weeks. The number of daily new cases jumped from below 800 in early April to over 13,000 in the past week. In other words, it increased more than fifteen-fold from the last low point,” he wrote in an open letter to the public.

Ramaphosa has asked people to wear masks and avoid recreation activities and social gatherings. He also said that Gauteng, also known as an economic hub of the country, has been hit hard by the pandemic. “Our priority in this phase is to vaccinate all five million people over the age of 60,” he added. According to the reports by WHO, the COVID-19 virus cases have surpassed five million and have killed over 136,000 people in Africa.

The WHO regional director Matshidiso Moeti said that over the past week, the cases have been increased by 30% while death rates have increased by 15%. She added that five countries, which include South Africa account for 75% of the total cases in Africa.

WHO’s Statement on the Setup of Hub

“Today I am delighted to announce that WHO is in discussions with a consortium of companies and institutions to establish a technology transfer hub in South Africa,” said WHO Director-General Tedros Adhanom Ghebreyesus. “COVID-19 has highlighted the importance of local production to address health emergencies, strengthen regional health security and expand sustainable access to health products,” he said in the press release.

Meanwhile, WHO chief scientist Soumya Swaminathan said that the organization is in talks with the big mRNA firms to make them become part of the initiative to help the small biotech companies to ramp up their development and production of the vaccine.

Recently, the healthcare organization announced that G7 leaders will donate 870 Million vaccine doses to low and middle-income countries, to reduce the transmission of the COVID-19 virus. This initiative to donate the vaccines under the ACT-Accelerator, an initiative launched by WHO to quickly end the pandemic. However, around USD 16 Billion is still required for the full fund of the ACT-Accelerator. The 870 Million doses will be delivered by the end of 2021.