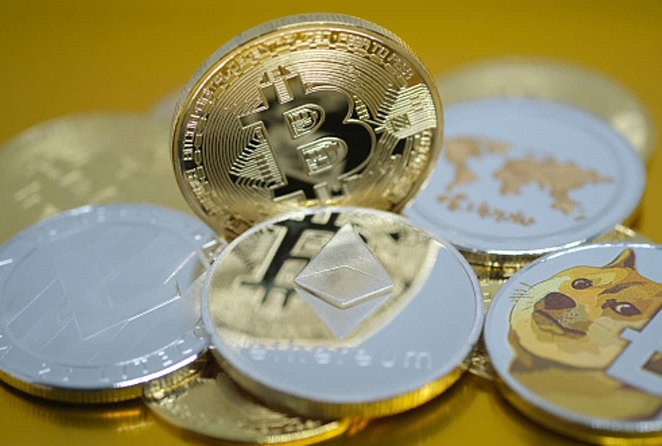 Bitcoin dipped more than 17% after Tesla’s CEO Elon Musk tweet on Wednesday. He mentioned in the tweet that Tesla won’t be accepting Bitcoin as a payment option for its vehicles owing to climatic concerns. The company had bought USD 1.5 Billion worth of bitcoin in March 2021, while it sold some of them, which helped it to show profits in its quarterly results.

Elon Musk wrote in the tweet that “Tesla has suspended vehicle purchases using Bitcoin. We are concerned about rapidly increasing use of fossil fuels for Bitcoin mining and transactions, especially coal, which has the worst emissions of any fuel.” According to Bitcoin Energy Consumption Index, bitcoin uses almost the same energy as Netherland, while Deutsche Bank analysts said in a note that bitcoin consumes more energy than Switzerland does in a year.  However, Musk is still optimistic about the future of cryptocurrency. He said that it has a “promising future” but costs a lot to the environment.

In the same tweet, Elon Musk stated that Tesla won’t be selling any bitcoin as now, while it prompted that it will be using it for transactions as soon as bitcoin transits to the use of sustainable energy. Moreover, the company is looking for cryptocurrency options that use less than 1% of bitcoin energy consumption. Musk added a graph mentioning Bitcoin electricity consumption from 2016 to 2021. As of May 10, 2021, it surpassed 511 TWh. The cryptocurrency is generated when machines with high computing power strive to solve complex mathematical puzzles. Most of the computing power is derived from fossil fuels, especially coal.

According to the data from the University of Cambridge, around 70% of bitcoin production comes from China. Even China-based miners are shifting to the use of renewable energy such as hydropower, to power the computing system, they’re majorly relying on coal. On the other hand, some of the cryptocurrency enthusiasts said that the conventional financial system consumes a lot of energy, as it uses millions of computers and air-conditioned rooms.

On May 14, 2021, Elon Musk tweeted that he is working with Dogecoin developers to “improve system transaction efficiency” of the cryptocurrency. His move to work on the development of dogecoin doesn’t sound skeptical. SpaceX, another company led by Elon Musk, announced that the company accepted Dogecoin as a payment option from Geometric Energy Corp. for its lunar mission, which is set to launch in the first quarter of 2022.

His efforts to boost cryptocurrency can be seen in his May 11, 2021 poll tweet. In the tweet, he asked Twitter users that if they want “Tesla to accept Doge?”.  At the end of the poll, 78.2% of the users said yes.

Disruption in the Cryptocurrency Market

According to Bloomberg, the cryptocurrency exchange platform Binance is currently being investigated by the Internal Revenue Service (IRS) and the Department of Justice (DOJ). The tabloid reported that these two federal entities are investing that if Binance has allowed the US-based citizens to conduct illegal transactions on its platform. In 2019, cryptocurrency analytics firm Chainanalysis reported that around USD 756 Million worth of bitcoin were involved in criminal transactions on the cryptocurrency platform.

“We have worked hard to build a robust compliance program that incorporates anti-money laundering principles and tools used by financial institutions to detect and address suspicious activity,” a Binance spokesperson said. “We have a strong track record of assisting law enforcement agencies around the world, including in the United States.” In an email to The Verge, the company said that it will take its legal obligations seriously.

According to Reuters, the Reserve Bank of India has told Indian banks to end their relationship with crypto platforms and traders. This move comes after the Supreme Court of India allowed lenders to work with cryptocurrency platforms. According to data published by Yahoo finance, over 10 Million investors in India are holding around USD 1.36 Billion.

“The regulator has been unofficially asking us that why are we dealing in such business when it is ultra-speculative. A lot of money flows overseas via this trade which the RBI is not comfortable with as it may lead to money laundering,” a senior bank executive told Economic Times. Some of the major banks in India such as Axis Bank, ICICI Bank, and Induslnd Bank have already stopped or are in the process of cutting their ties with crypto exchange platforms.