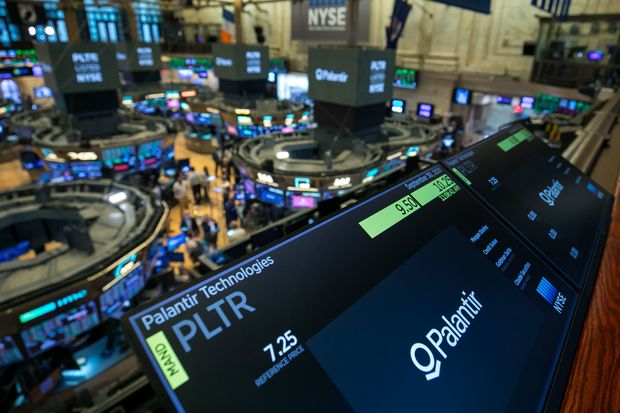 The US-based data analytics company Palantir announced its first-quarter (Q1) results on Tuesday. According to the earnings report, the company generated USD 341 Million in revenue, a growth of 49% since last year’s same fiscal period. Its shares dropped on the announcement of the results; however, gained more than 9% on the closing bell, breaking its 10 days losing streak.

Palantir reported that the revenue from its government contracts and commercial contracts grew 83% and 72% respectively, since Q1 2020. Its government revenue hit USD 208 Million, while the commercial revenue reach USD 133 Million in Q1 2021. In its financial report, the company expects its Q2 2021 revenue to reach USD 360 Million in revenue, while the CEO Alex Karp anticipates revenue growth of at least 30% till the year 2025. The company said that its revenue per client jumped from USD 7.9 Million to USD 8.1 Million.

The company revealed last year that it had 125 clients in the first half of 2020. In this quarter, it disclosed that it has 149 clients. Last year in September, Palantir made a public market debut with USD 10 per share. Yesterday, it closed at USD 20.21 per share. It went public after 17 years of its foundation. During the call with the investors, CFO David Glazer said that the bitcoin was “definitely on the table,” and the company is considering adding other cryptocurrencies to its balance sheet. The CFO went on to say that Palantir has started accepting bitcoin as payment from its clients.

Palantir’s move to include bitcoin as a payment option doesn’t come out as a surprise, as the company’s chairman holds great interest in cryptocurrency. In October 2019, Texas-based Bitcoin mining company Layer1 announced that it has raised USD 50 Million from billionaire Peter Thiel, the co-founder, and chairman of Palantir. The self-proclaimed “pro-crypto, pro-bitcoin maximalist” said last month that bitcoin can threaten the US dollar.

In March 2021, Elon Musk-led Tesla announced that the company will now accept Bitcoin as a payment option for its cars. “You can now buy a Tesla with Bitcoin,” Musk wrote in a tweet. His aerospace company SpaceX wrote on Twitter that it will accept Dogecoin as a payment option. “SpaceX launching satellite Doge-1 to the moon next year. Mission paid for in Doge. 1st crypto in space. 1st meme in space. To the mooooonnn!” he said in another tweet.

Last week, the Cash App company Square reported USD 5.06 Billion in revenue in Q1 2021. Out of the total revenue, the company revealed that 70% of its generated revenue was due to bitcoin, while its gross bitcoin profit was USD 75 Million. “Our focus, first and foremost, is on enabling … bitcoin to be the native currency,” said Square’s CEO Jack Dorsey. “It removes a bunch of friction for our business. And we believe fully that it creates more opportunities for economic empowerment around the world.”

Palantir’s Latest Developments in the Q1 2021

In March 2021, Palantir Technologies said in a press release that it has entered into a six-year partnership with the automotive technology company Faurecia. The partnership is anticipated to help the latter company’s digital transformation. On the partnership with Palantir, Faurecia’s Senior Vice President Cockpit of the Future and Digital Services Factory said that “The partnership with Palantir will trigger a major new step in our digital transformation, allowing to robustly scale our digitalization actions. Developing and strengthening our large-scale data capture and analysis will further increase agility, enhance the use of artificial intelligence and increase decision support and automation in Faurecia.

In February 2021, Palantir announced its partnership with 3M to establish a dynamic supply chain. The latter company is expected to use Palantir’s Foundry Platform to address the changes in the demand across its product portfolio. “3M has been at the forefront of digital transformation, and we’re excited to deepen our relationship with this innovative and global company,” said Alex Karp, co-founder and CEO of Palantir, said in a statement.

In the same month, the company declared a partnership with IBM to build a new solution that can integrate hybrid cloud, artificial intelligence (AI), operational technology, and data processing. Palantir will be using Red Hat OpenShift to enhance the compatibilities of technologies in a hybrid environment. According to the statement by IBM, the latest solution offering will be “no/low-code” platform for implementing AI applications, which will be able to process data effectively and quickly, “extend[ing] existing enterprise systems and accelerate their digital transformation.”