The Japan-based automotive company Toyota has rebranded its venture capital fund. It has eliminated the word ‘AI’ from the fund name, which is now simply known as Toyota Ventures. This fund has pumped in USD 300 Million on nascent technologies and carbon neutrality projects, which it got through Toyota’s two funds, namely, The Toyota Ventures Frontier Fund and The Toyota Ventures Climate Fund.

On the investment of USD 300 Million through the above-mentioned funds, Toyota Ventures has now over USD 500 Million under its assets. The drop of the word AI was not to terminate the investment in AI technology but to broaden the scope of investment. Earlier, the fund was just focusing on the development of AI, robotics, mobility, and cloud; however, the rebranding is anticipated to expand its investment into smart cities, digital health, energy, and fintech.

According to TechCrunch, Jim Adler, founding managing director of Toyota Ventures, says that “AI is kind of shrinking as a portion of everything.” He said that the pivotal for Toyota was cars in the 1930s while the establishment of this fund would help the company for its next move. This means that the corporation will venture into new businesses. “Startups are experiments in the marketplace, and this is a way for us to understand and get comfortable with where innovations are coming from,” Adler added.

The multinational automotive company has more than 370,000 employees and was the number one automotive company in the world, in terms of valuation. However, Tesla surpassed Toyota in a short period of time. The company seeks to expand its brand name beyond the mobility world and emerge itself as a top player in the innovative tech world. This rebranded venture is expected to help Toyota to reach its carbon neutrality goal by 2050. “At Toyota, we’re taking a diverse science-driven approach to addressing climate change and offering people many ways to lower their own carbon footprint,” said Gill Pratt, board member of Toyota ventures and chief scientist of Toyota Motor Corporation, said in the press release.

Jim Adler thinks that “renewable energies” will play a major role in the future. “Hydrogen production, storage distribution and utilization will play a role. We think carbon capture and storage will play a role. We’re not going to get dogmatic about hydrogen because we’ve been at it for decades and maybe things will change,” he added. Moreover, he says that the hydrogen fuel cell market has not yet been crowdsourced in the startup community owing to the non-existence of the market; however, he thinks that the market is in its emerging state.

Toyota Ventures is investing in startups that are providing scalable solutions for carbon neutrality. The Los-Angeles based venture capital fund is looking for startups that can benefit the world with the power of technology. Last year, Joby Aviation, an electric air taxi service company, raised USD 390 Million from Toyota. In 2019, the electric moped startup Revel secured USD 27.6 Million in funding from the capital fund. While in 2018, the fund invested USD 7.5 Million in self-driving delivery robots.

Toyota Motor Corporation has partnered with Japan-based petroleum company ENEOS to build a hydrogen fuel cell system to power its futuristic prototype city Woven city. The company has a vision of building a 175-acre city for people to live in and include innovative projects such as e-Palette shuttles and robots, building a connected ecosystem.

As Japan’s leading integrated energy company, ENEOS has demonstrated its valuable expertise in all vital processes from hydrogen production to sales and we are confident they have the holistic perspective we require for success,” said the president and CEO of Toyota Corporation, Akio Toyoda, in a statement. To realize a hydrogen-based society, in addition to the evolution of individual technologies, it is essential to seamlessly integrate all the processes of production, delivery, and use,” he continued.

Woven Planet, a subsidiary of Toyota, is in charge of this project. The spokesperson of the subsidiary says that the project is speculated to begin by end of the year 2023. It is planning to include fuel cell commercial vehicles and fuel cell generators in the city. “We believe that hydrogen energy will play an integral role in the realization of carbon neutrality on a global scale,” Katsuyuki Ota, president of ENEOS, said in a statement. 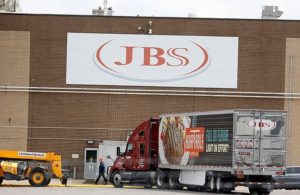 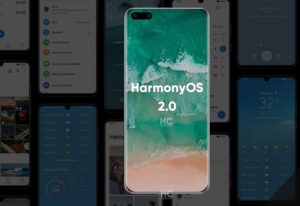