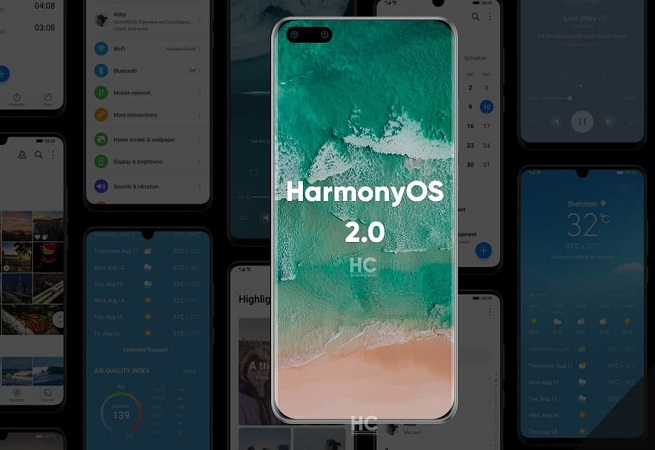 The China-based technology company Huawei announced the launch of Harmony OS, its operating system (OS), on a wide range of devices, which includes smartphones, smart TVs, and tablets. The company’s boldest move to develop its OS came after the US backlisted Huawei to use Google Android OS.

Huawei launched HarmonyOS in 2019 to wipe off its reliance on Android. Since then, it has deployed the OS on various Internet of Things (IoT)-enabled devices. Ben Wood, a chief analyst at CCS Insight, says that Huawei is following Apple’s strategy by providing a single software platform on all its devices. Yesterday, the company deployed its OS on its flagship smartphones Mate 40 and foldable Mate X2.

The company has scheduled updates on its 100 Android OS devices, which will then install its self-developed OS. According to the reports, the update is going to take place throughout the year, but only in China. Its Harmony OS 2.0 has a ‘Control Center’ that enables easy control of the connected devices. The OS also has a ‘Task Center’ that allows the users to assign the tasks to connected or supported devices. Huawei claims that its OS has been accredited with EAL 4+ certification for security.

Huawei is striving to revamp its smartphone business after the US sanctions took a toll on its smartphone segment. In 2019, the US restricted manufacturers to export crucial chips and components to China over national security threat concerns. Last year, the White House curtailed the export of semiconductor chips from Taiwan-based manufacturer TSMC to Huawei. This, in turn, had put the China-based company in a tough spot.

According to data revealed by Counterpoint Research, Huawei sold 33 Million smartphones in the fourth quarter (Q4) of 2020, a decline of 41% since last year. In Q2 2020, the company was leading the smartphone shipment game, surpassing its rivals Apple and Samsung. However, the US sanctions derailed its position to number six, behind its China-based rivals Vivo and Oppo. Nevertheless, Huawei is focusing on strengthening its smartphone segment with the launch of HarmonyOS.

“The user experience of HarmonyOS has surpassed the experience of the Android era. We solved issues such as the slowing down and lagging of devices over time in the Android era,” said Richard Yu, CEO of Huawei’s consumer unit, in an online event presented on Wednesday. “Our HarmonyOS has stronger functionality and endurance, and it will be the greatest operating system in this internet of things era,” he added.

Huawei has launched its Huawei Mobile Services (HMS) after the US blacklisted the company to use any Google services. The HMS platform enables developers to list their apps on its app store. Meanwhile, it won’t affect its users in China owing to the ban of Google in the country. As per TechCrunch, over 0.5 Million developers are developing apps based on HarmonyOS. In a note, Vice president of mobility at Canalys, Nicole Peng said that “HarmonyOS might be quite appealing to vendors who don’t have the resources to build their own OS.”

HarmonyOS expansion in the smart home applications, smartphones, and wearables would help Huawei to build its monopoly in the consumer electronics market such as Apple and Google. Recently, the China-based smartphone maker Meizu conveyed on social media platform Weibo that it might deploy HarmonyOS on its smart devices. Various consumer electronics companies tried to develop their OS; however, didn’t make it big. For instance, Samsung’s OS Tizen could only occupy its space in smart TVs and smartwatches. While Alibaba’s AliOS, which is based on Linux, has stopped updating itself.

Even though Huawei has built its own OS and started its deployment across a slew of devices, it is expected to face challenges outside China. “There has been a palpable loss of consumer confidence in the brand as a result of the US sanctions that will be challenging to overcome as it pivots into new areas,” Ben Wood said.

Bryan Ma, Vice President of client devices at market research firm IDC said that “It’ll be interesting to see what the HarmonyOS user interface looks like and whether there really are some features that give it a leg up with some users, but I’m not holding my breath.” Meanwhile, Canalys analysts expect that Huawei can expect great success in areas such as Africa where Google doesn’t hold a high market share.