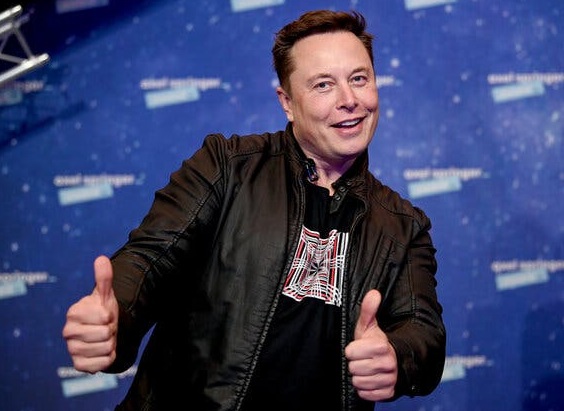 The infamous cryptocurrency Dogecoin plummeted nearly 29% during Elon Musk’s Saturday Night Live (SNL) appearance. Many crypto investors jumped in to buy Dogecoin in the anticipation of Musk addressing the coin. Even though he talked about the Dogecoin, the prices took a great hit.

During the opening monologue of SNL, Tesla’s CEO said that Dogecoin is a “hustle.” Meanwhile, when he took his Mom on the stage, she opened up with a Dogecoin Joke. “I’m excited for my Mother’s Day gift. I just hope it’s not dogecoin,” Musk’s mother said. “It is,” he responded.

Elon Musk revealed that he is the first host on SNL with Asperger’s syndrome. During the show, he was verbal about his strange social media activities. “To anyone I’ve offended, I just want to say, ‘I reinvented electric cars and I’m sending people to Mars in a rocket ship, did you also think I was going to be a chill, normal dude?” he said.

The self-proclaimed “DogeFather” had gained the attention of crypto investors when he tweeted about Dogecoin on Twitter. In January 2021, Dogecoin was trading at 1 cent and with Musk’s interest in the coin, it has reached 70 cents last week. Ahead of his SNL appearance, many crypto trading platforms such as Robinhood confirmed the outage owing to Dogecoin’s price crash. However, the service was resumed in less than an hour.

Last week, Musk tweeted that investing in cryptocurrencies can be promising, but “please invest with caution.” The volatility of Dogecoin welcomed trolls on the Internet. One of the Twitter users wrote, “at least the dogecoin prices are funny.” Another user attached a screenshot of the Dogecoin price falling, adding that “this is the funniest part of snl tonight.”

Tesla’s competitors Volvo, Volkswagen, Ford, and Lucid Motors aired their electric vehicles during the SNL episode that featured Elon Musk. Ford showcased its Mustang Mach-E, while Volkswagen revealed its first electric SUV VW ID.4. Lucid Motors grabbed the audience’s eyes with its Lucid Air that will have a battery range of 500 miles and Volvo aired its XC-90 plug-in hybrid SUV. During the show, he talked about one of its company’s competitors. “I could say something truly shocking, like I drive a Prius,” Musk referred to Toyota’s sedan in his monologue.

Is Dogecoin a Joke or Not?

The viral dog-meme-inspired cryptocurrency was launched in 2013 as a joke. As of now, it has a market capitalization of USD 92 Billion. Thanks to the so-called Elon Musk Effect that turned a joke into one of the most traded digital coins in the cryptocurrency market. Last month, Elon Musk announced that Tesla will accept payment in form of Bitcoin, which accounted for a grand milestone in the auto industry. Now, Dogecoin is going to accept as payment in its SpaceX startup.

On May 9, 2021, Geometric Energy Corporation announced on Twitter that it has completely paid SpaceX in Dogecoin for its “DOGE-1” mission to the moon next year. SpaceX will use Falcon 9 rocket to thrust 40 kg DOGE-1 satellite to the moon. The former company said that the satellite will be used to gather “lunar spatial intelligence” from sensors and cameras boarded on it. On the announcement, Elon Musk added Dogecoin’s popular catchphrase “To the mooooonn!” in the tweet.

Tom Ochinero, the vice president of commercial sales at SpaceX, said that the DOGE-1 “will demonstrate the application of cryptocurrency beyond Earth orbit and set the foundation for interplanetary commerce.” On April Fool’s day this year, Elon Musk tweeted regarding DogeCoin’s use in the SpaceX mission. “SpaceX is going to put a literal Dogecoin on the literal moon,” he wrote.

Currently, software developers are using Etherum and Bitcoin platforms to develop decentralized applications. However, since the inception of Dogecoin, it has not observed any addition in the functionality or change in the code framework. The head of Trading at BlockTower Capital Avi Felman said that ‘’Dogecoin is like the big F-U to the system.”

Meanwhile, some of them are staying optimistic about the future of Dogecoin. “The real value is in today’s meme-driven culture, and doge represents the network value of memetics, which may prove to be enormous,” said Mike Bucella, a General Partner at BlockTower Capital. “If at some point, the doge community decides to implement a burn or new supply mechanism, via a protocol hard fork, then this value will have a higher likelihood of being retained long-term,” he added.