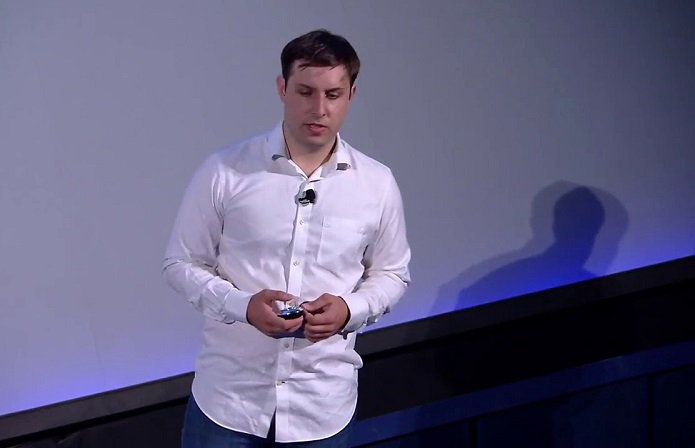 Neuralink’s co-founder and President Max Hodak announced on Twitter that he is no longer associated with the company. The health technology company was co-founded with Tesla’s CEO Elon Musk who’s known for investing in the future. In the tweet, Max said that he departed from the firm a few weeks ago. However, he didn’t mention the reason for leaving the company.

Max Hodak wrote in the tweet that “I learned a ton there and remain a huge cheerleader for the company! Onward to new things.” On April 4, 2021, Max enlightened the world about the possible real-life Jurassic Park. “We could probably build Jurassic Park if we wanted to.” Jurassic Park is a film that revolves around scientists’ successful attempt to create genetically engineered dinosaurs, while things go upside down upon the opening of the park.

Neuralink, established in 2017, has been working on developing ultra-high bandwidth brain-machine interfaces (BMIs).  The company grabbed headlines when Elon Musk said in an interview in February 2021 that his company has wired up a monkey named Pager’s mind to play a video game named Pong. The researchers at the company had to teach him to use Joystick prior to the game and reward him with a banana smoothie if he scrolled the cursor to lit up the screen.

Even though Neuralink has been showcasing some of its innovative developments through product demonstration, the company has gained quite a criticism from some of the top medical institutes and scientists. In August 2020, the company demonstrated a Neuralink device on a pig, which was fascinating for some of them. However, MIT called its pig project a “neuroscience theater.” MIT stated that “none of these advances are close at hand, and some are unlikely to ever come about.”

MIT Technology Review article by Antonio Regalado mentioned that Neuralink is doing nothing new. He conveyed that researchers had started placing the probes in the paralyzed people in the late 1990s. The article stated that during Neuralink’s public event, it didn’t give any timelines or schedule on when the company will start placing its devices in the human body.

In reports from Stat News, former employees said that researchers at Neuralink are under mounting pressure due to rushed timelines. The tabloid also reported that there are only two out of the eight scientists that found the company. It also reported that these employees are watching out for China and Russia to carry out human studies, as it is difficult to pass through the US regulators. The report also added that when there were conflicts between engineers and scientists, Elon Musk supported engineers.

In a thread of tweets, Elon Musk tweeted last month that Neuralink’s product will give the capacity to a person with paralysis to use a smartphone faster than thumbs. In the next tweet, he wrote that “Later versions will be able to shunt signals from Neuralinks in the brain to Neuralinks in body motor/sensory neuron clusters, thus enabling, for example, paraplegics to walk again.” Elon Musk concluded the thread with that the company’s device has implanted flush with the skull and allows wireless charging to make “it look normal.”

While he didn’t tweet on his co-founder’s departure, Elon Musk retweeted SpaceX’s tweet that mentioned the arrival of the SpaceX Crew Dragon capsule with four astronauts. All four crew members are doing really well. We got the capsule on board — Resilience on board — SpaceX’s recovery ship without any trouble.” — Holly Ridings, chief flight director, tweeted through NASA’s Twitter account.

The company has raised around USD 158 Million until now, most of it coming from the founder Elon Musk. While its top competitor Kernel has raised over USD 100 Million, since its inception in 2016, from its founder Bryan Johnson and investors such as General Catalyst, Manta Ray Ventures, Blue Dot, Khosla Ventures, and Elridge. In 2017, Kernel acquired Kendall Research Systems to boost the development in the neural interface sphere.

Neurable, a Boston-based neurotechnology company, is the first one to establish itself in the space. Since its foundation in 2015, the company has built brain-sensing tools that can be utilized in virtual reality (VR) and augmented reality (AR) applications. In January 2019, Neurable announced its collaboration with Trimble to integrate brain-computer interface (BCI) technology in the transportation and construction industries.