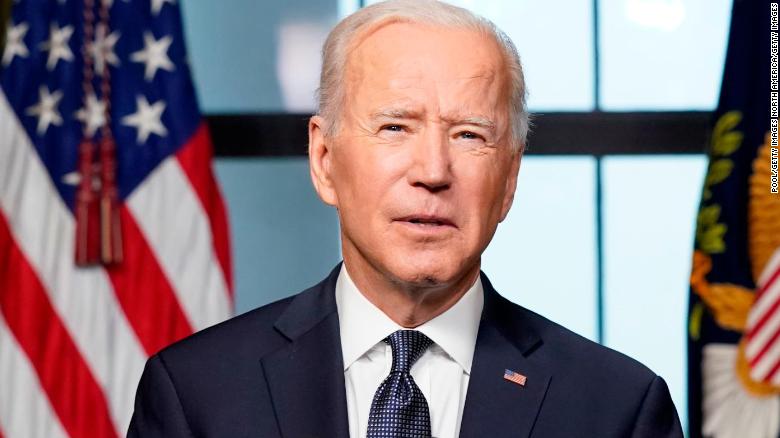 President Joe Biden speaks from the Treaty Room in the White House on Wednesday, April 14, 2021, about the withdrawal of the remainder of U.S. troops from Afghanistan. (AP Photo/Andrew Harnik, Pool)

The two-day US climate summit kicked off on Thursday, April 22, 2021, and the US president, Joe Biden made a stunning promise to reclaim America’s global leadership in the fight against global warming and captivate the moods of climate change activists and organizations. Biden pledged that the US government set its target to cut greenhouse gas emission by 50% to 52% percent from the 2005 baseline by 2030. The first day of the summit was attended virtually by leaders of 40 countries including Russia, Canada, Japan, Indian, the UK, and China. Many analysts and climate workers suggested that Biden’s promise was a big hope that could aspire several other countries to come up their ambition to reduce carbon footprints.

Several environmental groups sharply opposed Washington when the former US president and a Republican fellow, Donald Trump had decided to withdraw the country from the Paris Climate Change Accord last year. Biden had also promised during the 2020 election campaign, besides the persistent pressure from climate-based organizations, that his team would be working toward a definite goal for combating global warming. On Thursday, he claimed, “the US is back” and emphasized that the country would lead the global effort for climate change.

Biden’s aggressive promise for climate change included other ambitious targets when he said, “these steps will set America on a path of a net-zero emissions economy by no later than 2050.” The new climate change policy under the leadership of Biden is about double the target of the Obama administration in 2015. The former president Barack Obama made the emissions target of 26-28% below 2005 levels by 2025. Biden stressed that his government aimed towards limiting global warming to 1.5 degree Celsius and converting the country’s economy completely relying upon renewable energy sources by 2050.

Speaking at the White House, Biden said, “Scientists tell us that this is the decisive decade, this is the decade we must make decisions that will avoid the worst consequences of a climate crisis,” citing the threshold limit of global warming. However, he insisted, “No nation can solve this crisis on our own, all of us, and particularly those of us who represent the world’s largest economies, we have to step up.”

Referring to Biden’s ambitious plan for climate change, the UK Prime Minister Boris Johnson hailed it a “game changing” promise that had positive impacts on certain nations. Upon Biden’s pledge, Japanese Prime Minister Yoshihide Suga made a new plan and changed its former target for cutting emissions from 26% to 46% by 2030.  Similarly, Canada’s Prime Minster Justin Trudeau set a new target of the carbon emission cut of 40%-45% by 2030 below 2005 levels. South Africa’s president, Matamela Cyril Ramaphosa made his statement, “We are all so delighted to have the United States back,” supporting the new climate policy of the Biden administration. However, the two major greenhouse emitters, China and India have not reacted yet about the new policy.

Answering a question, Chinese president said, “China has committed to move from carbon peak to carbon neutrality in a much shorter time span than what might take many developed countries, and that requires extraordinarily hard efforts from China.” Meanwhile, Democrat leaders have widely applauded Biden’s new climate change agenda. Hearing the Biden’s speech, Sen. Edward Markey said, “The Biden administration inherited four years of dust and denialism on climate action, but that era is over” adding that 50% emissions-reduction target was totally feasible.

Concerns Regarding US Economic Impact

Republicans strongly criticized the new climate change policy of Biden and warned that the policy would damage the US economy. A republican Sen. John Barrasso slammed Biden’s policy as the new policy would jeopardize US economy interest.  Barrasso emphasized, “As the president sets punishing targets for the country, America’s adversaries like China and Russia continue to increase emissions at will. The last thing the economy needs is higher energy prices and fewer jobs, but that’s exactly what we’re going to get.”

However, the Biden administration stated that the transition to renewable-based economy would rather create more job opportunities and economic opportunities for Americans. Blinken and other Biden advisers earlier suggested that climate change should not be viewed as a threat but an opportunity to create new clean-energy jobs, to build a healthier society, and to regain a competitive edge against China. Blinken reminded that China has been a global leader of the global renewable energy patents and one of the largest producers and exporters of solar panels, wind turbines, electric vehicles and other renewable source innovations. He further added, “It is difficult to imagine the United States winning the long-term strategic competition with China if we cannot lead the renewable energy revolution,” emphasizing that, “Right now, we’re falling behind.”

Analysts suggested that the new emissions cuts would be focusing on power plants and automobiles sector despite the Biden administration had not made any announcement regarding the details of individual sector-specific targets for those industries. Meanwhile, Biden has recently allocated $2.3 trillion to achieve the target of net zero emissions in the power sector by 2035.