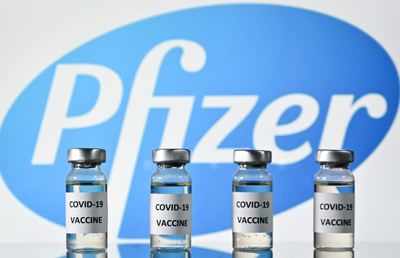 The US-based multinational pharmaceutical company Pfizer’s CEO Albert Bourla said in an interview that a third jab is “likely” to be required in a period of nine to 12 months after the complete COVID-19 vaccination. Most of the vaccine makers including Moderna and AstraZeneca are currently administering only two dosage of vaccine with a time period of three to five week between two dosages.

The comment from the Pfizer’s executive comes after Johnson & Johnson’s CEO Alex Gorsky told CBNC early this year that people need to get vaccinated against COVID-19 virus annually. Pfizer claims that its vaccine is 91% effective at shielding against the coronavirus. The company added that it’s more than 95% effective at protecting one from the virus for maximum six months after second dosage. On the other hand, researchers said that Pfizer’s data is based on 12,000 vaccinated participants, which is not enough.

David Kessler, a chief science officer for the Covid response in the US, told the lawmakers that the Americans need to get ready for another booster dosage of the vaccine. He noted that the new variant of the virus can “challenge” the effectiveness of the vaccine. The chief officer added that the third dose booster is for “planning purposes only.” Earlier, the spokesperson of Pfizer and BioNTech said in February 2021 that they are testing the effect of third dose on the immune system against the UK variant of the virus.

CDC on the COVID-19 Vaccination

The director of the US Centers of Disease Control and Prevention Rochelle Walensky told the House subcommittee hearing that the health agency is tracking infections in the people who are fully vaccinated. She said that out of 77 Million who have been vaccinated, 396 people were hospitalized and 74 of them have died. The director said that the breakthrough infections that occurred in the vaccinated people were of the deadlier strain of the virus. According to the reports published by CDC on Thursday, around 5,800 people were infected with the virus who have been fully vaccinated.

As per the data published by Johns Hopkins University, the seven-day average of the cases in the US is around 68,960. Among all the states, Michigan reported highest cases of the virus. Upon the spike in the Michigan COVID-19 cases, the CDC director said that the state should “shut things down,” as vaccination will not alone help to control the spread of the virus. According to the data by CDC, around 120 Million people, which is around 36% of the population, have at least received one dose of the vaccine in the US While 74.1 Million people have been fully vaccinated.

Pfizer, Moderna, and Johnson & Johnson are the three companies that are distributing their COVID-19 vaccine across the US. However, early this week. CDC recommended the haul of Johnson & Johnson vaccine after six people were inflicted with “rare and severe” type of blood cloth. More than 6.8 Million doses of Johnson & Johnson vaccine have been administered in the country. “CDC will convene a meeting of the Advisory Committee on Immunization Practices (ACIP) on Wednesday to further review these cases and assess their potential significance,” CDC said in a statement.

On the rollout pause of the vaccine, Johnson & Johnson said in a statement that it has decided to “proactively” its rollout in Europe. “We have been working closely with medical experts and health authorities, and we strongly support the open communication of this information to healthcare professionals and the public,” the company said. Dr. Carlo del Rio, executive associate dean of the Emory University School of Medicine at Grady Health System told CNN that it is normal to witness such rare events, as clinical trials don’t involve millions of participants. Pfizer and Moderna’s vaccine are based on mRNA technology while Johnson & Johnson’s vaccine is an adenovirus vector vaccine.

Even though Pfizer is ramping up its vaccine production in European Union and the US, it has been striving hard to enter in the Indian market. In February, Pfizer withdrew itself from the COVID-19 vaccination drive in India owing to the regulatory issues. Some sources states that reluctance of the Indian government to sign the indemnity bonds. It was the first company that applied for emergency authorization in December 2020. Conversely, Johnson & Johnson is in talks with the Indian government to start it clinical trials.