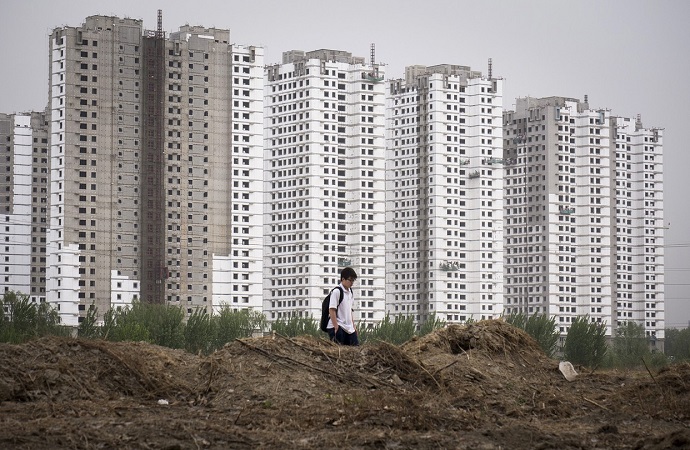 China’s real estate firms’ share prices witnessed a drop on Thursday after investors panicked over the rising debt among construction developers. This includes embattlement real estate firm Evergrande, which reported an outstanding debt of USD 300 Billion. Since the Evergrande confession, various property firms came forward and revealed that they can default.

Last week, Fantasia Holdings, a Shenzhen-based luxury home developer, said that it failed to pay USD 315 Million to lenders. Rating agencies such as Moody’s and S&P have marked the firm with default credit ratings. The company said that it might “default on external debts.” Fantasia Holdings’ shares are 60% down since this year. It has a market valuation of USD 420 Million. A senior debt banker at a Europe-based bank said that even though investors were prepared for missed payments from Evergrande, Fantasia’s sudden default “was a real shock to the market.”

Another nail in the coffin is supported by Modern Land, a Beijing-based real estate developer. The company said on Monday that it wants extra time to pay a USD 250 Million in bonds, which is due on October 25. A relief for the company is that its Chairman Zhang Lei and President Zhang Peng will lend around USD 124 Million from their own pockets to support the business. Modern Land’s stock plummeted 50% this year, leaving the market valuation of the company at USD 160 Million.

The latest and one of the prominent real estate firms, Sinic Holdings said on Monday it may default some of its bond payments worth USD 250 Million. The rating agency Fitch downgraded its rating to “C,” which is above “restrictive default.” Sinic Holdings’ share is down 90%, which is the most among all the property developers. Now, the company’s valuation is around USD 230 Million.

Amidst the upheaval in the property sector, a silver shining was seen after Qumei Home Furnishings Group announced on Tuesday that it will acquire a 40% stake in Evergrande’s joint venture with the company. The total stake it will buy is said to be worth USD 11.18 Million.  Moreover, China’s real estate sector body is planning to conduct a meeting on Friday to talk about the crisis. China Real Estate Association will hold the meeting in Beijing and evaluate the challenges of the real estate market in China.

Until now, Evergrande has missed over five offshore bond payments, which were due in September and October. However, the announcement of the company’s energy unit to roll out EVs under the company name Hengchi did spread a positive sentiment among retail investors in the country. For instance, the stock of China Evergrande New Energy Vehicle Group Ltd. rose 10%. Nevertheless, it managed to close a 4.5% high.

“We believe the default risks and property market weakness has been largely priced into property stocks,” said Elly Chen, an analyst at the bank. “Property stocks will react on policy easing, which looks more likely now.” Currently, the policy limits the inflow of cash. If the policy eases its regulations, it would be a good sign for the China real estate market. She added that policymakers will provide “meaningful” eases to stabilize the industry.