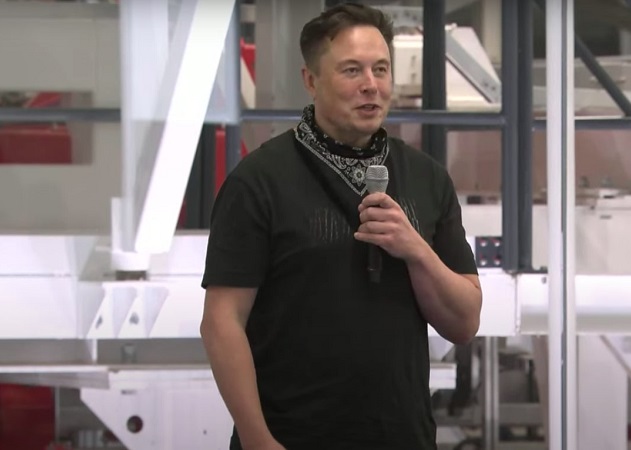 Tesla CEO and billionaire entrepreneur Elon Musk announced on Thursday that the company’s headquarters is shifting from Bay Area, California to Austin, Texas.  Musk announced the news at Tesla, Inc. 2021 Annual Meeting of Stockholders. It was surprising to see that the meeting was held at its gigafactory in Austin instead of the Bay Area.

He clarified that Tesla will continue to operate its electric car facility in Fermont, California. Musk added that the company will increase the production capacity by 50% at the factory. “Just to be clear, though, we will be continuing to expand our activities in California,” Elon said during the annual meeting. Tesla’s new headquarter city is the same city where the company can’t directly sell cars to its customers. The state’s law was not targeted at Tesla. The law is laid down for every other vehicle manufacturer to prevent them from putting franchise dealers out of business.

It would not be a surprising move for people who are following Tesla closely. In May 2020, Musk threatened to quit operations in California after he didn’t agree with the shelter-in-place orders, which were placed to keep people safe from the COVID-19 outbreak. In form of protest, Tesla sued Alameda County by filing the lawsuit in the US District Court in the Northern District of California. “The unelected & ignorant ‘interim Health Officer’ of Alameda is acting contrary to the Governor, the President, our Constitutional freedoms & just plain common sense!” Musk said on Twitter.

Elon Musk had already left California and moved to Texas owing to the presence of its aeronautics company, SpaceX. In addition to this, Tesla is already building its Gigafactory in Austin and has incredible progress in a short time. According to Bloomberg reports, Tesla’s subsidiary Gambit Energy Storage LLC is building a 100 megawatt (MW) energy plant in Angleton, Texas. Musk also said that employees are happier to move to Austin than other cities. “There’s a limit to how big you can scale it in the Bay Area. In Austin our factory is like five minutes from the airport, 15 minutes from Downtown” he said on Thursday. He added that Tesla plans to build an ecological “paradise” in Austin.

Tesla will be moving to the state where abortions are prohibited. Earlier, many companies such as Uber, Lyft, and Match Group said that will be covering legal fees for employees who are getting sued under anti-abortion law.

In the meeting held on Thursday, the shareholders agreed on all the items on agenda, which includes re-electing Musk’s brother Kimbal Musk and former CEO of 21st Century Fox, and son of media magnate Rupert Murdoch, James Murdoch.

He said that Model 3 has become the bestselling premium vehicle of 2020; however, Musk added that Model Y will surpass the Model 3 sales numbers. “I think, quite likely to be the bestselling vehicle of any kind numerically in 2023,” Musk said. In the meeting, he also addressed the battery segment. Elon said that the company has ordered a lot of batteries and any excess battery cells will be used for the production of Powerwall and Megapack.

Musk said that the goal is to build the safest factories on Earth. He said that Tesla factories are 18% better than the industry’s average. On the base price increase of Tesla Model 3 and Model Y’s by USD 2000, Elon said that this will be temporary, and look to make cars affordable.