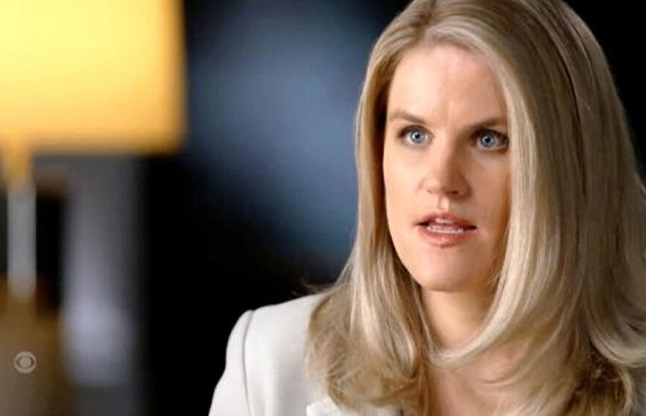 Facebook’s whistleblower said in public that the social media behemoth prioritizes profits over dampening the hate speech on its social media platforms. Frances Haugen, a former product manager who worked on the civic integrity issues team at the firm, revealed her identity as a whistleblower on CBS’s ‘60 Minutes’ program on Sunday.

Haugen brought in hundreds of documents proving how Facebook really works. Before leaving the company in May, she copied hundreds of internal memos and documents to disclose that Facebook always chose its own interests over users’ safety. The 37-years old said that the sixth most valued company knew that its various platforms are used to spread hate speech and misinformation, but it also shows its positive side.

“I’ve seen a bunch of social networks and it was substantially worse at Facebook than what I had seen before,” Haugen said in the interview. Facebook, over and over again, has shown it chooses profit over safety.” The former employee bough the information to the team at Whistleblower Aid, and asked them to provide her legal protection and help to share the sensitive information. In addition to this, she filed a complaint with the Security and Exchange Commission (SEC), addressing that Facebook’s public statement doesn’t match what it does.

France Haugen a data scientist, previously worked at Pinterest and Google before joining Facebook. Her determination to work at Facebook on civic integrity issues came after she lost a friend to online conspiracy theories. In the “60 Minutes” interview, she said that Facebook turned off safety systems following the US presidential elections, which led to the US Capitol Riot on January 6, 2021.

“The thing I saw at Facebook over and over again was there were conflicts of interest between what was good for the public and what was good for Facebook, and Facebook over and over again chose to optimize for its own interests, like making more money,” Haugen told in the show. She has also shared the documents with the Wall Street Journal. The publication has been collecting documents under “Facebook Files” that revealed internal documents.

“One of the consequences of how Facebook is picking out that content today is that it is optimizing for content that gets engagement, a reaction, but its own research is showing that content that is hateful, that is divisive, that is polarizing, it’s easier to inspire people to anger than it is to other emotions,” Haugen said.

France Haugen said that Facebook got rid of the stand-alone civic integrity team after the US elections. Facebook’s Vice President of Integrity, Guy Rosen said on Twitter that “We did not disband Civic Integrity. We integrated it into a larger Central Integrity team so that the incredible work pioneered for elections could be applied even further, for example across health related issues. Their work continues to this day.”

While hatred for Facebook was spreading like a forest fire, Facebook’s Vice President of Global Affairs, Nick Glenn told CNN that it was “lubricious” to say that the US Capitol riot was due to Facebook. He also added that the company will continue to do internal research on how its platforms have an effect on its users. The Wall Street Journey recently posted an article conveying that Facebook researchers already know that Instagram, a subsidiary of Facebook, is “toxic for teen girls.”

Facebook’s spokesperson Lena Pietsch told CNN Business in a statement that “Every day our teams have to balance protecting the ability of billions of people to express themselves openly with the need to keep our platform a safe and positive place.” Following the ’60 Minutes’ segment, she released a 700-word statement stating the segment misled the facts on what Facebook does to improve its products.