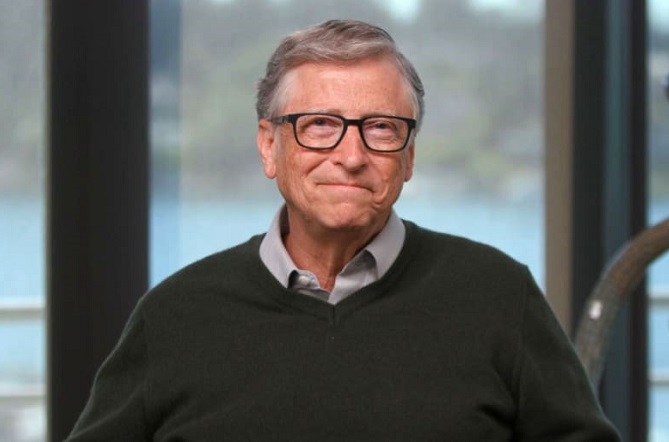 The billionaire entrepreneur Bill Gates’ investment firm will hold its stake in Four Seasons Holding Co. for USD 2.2 Billion. His investment firm Cascade Investment LLC will buy the holdings from Saudi Prince Alwaleed bin Talal’s Kingdom Holding Co. Under the deal, Cascade’s stake in the hotel group will increase from 47.5% to 71.25%.

Since the inception of the pandemic, the hospitality industry has been struggling to make profits. However, the worldwide vaccination drives have helped it to recover by small margins. Nevertheless, the luxury hotels are still not out of the shockwave that disrupted their operations. After the deal completion, Kingdom Holding Co. will use the proceeds to clear the outstanding loans. The wholesome deal is expected to complete by January next year.

Bill Gates and Prince Alwaleed bin Talal have known each other for over two decades. The Saudi Prince accounts for a considerable share in Gates’ charitable trust. Microsoft’s co-founder has described him as an “important partner” in his charity work. Four Season Holding Co. went public in 2007, Gates and Alwaleed helming the deal. When the two leaders acquired the company, it only managed 74 hotels. Currently, it owns more than 120 hotels and 46 residential properties. Moreover, over 50 projects are in the development stage.

Under the agreement, Isadore Sharp, Four Seasons Chairman, will retain a 5% stake in the company.  Kingdom Holding Co. will keep a 23.75% stake for investment purposes.  The Saudi Prince will gain around USD 1.6 Billion profit on the completion of the deal. Alwaleed known for his hefty real estate investment came into the limelight when he was detained for 83 days in Riyadh’s Ritz-Calton for a corruption probe. After he was released from the hotel, he sold 100% of his stake from Mövenpick Hotels & Resorts for USD 100 Million. Further, he invested USD 270 Million in music streaming service Deezer.

Saudi Prince’s investment company reported a loss of USD 390 Million in 2020. On Wednesday, the company’s stock rose 1.1%, which gave it a market capitalization of USD 10.66 Billion. Alwaleed owns a 95% stake in Kingdom Holdings Co. Earlier this year, Warner Music bought a minority stake in Alwaleed’s record label, Rotana Music. Post the deal, it will value the company close to USD 200 Million.

Cascade Investment LLC. is run by Michael Larson who helps Gates to focus on its Bill & Melinda Gates Foundation rather than looking over its investment portfolio. Larson also manages USD 50 Billion assets of the foundation. Last month, Gates ended his 27-years marriage with Melinda French Gates. According to the filings, she received around USD 6 Billion worth in stocks. This includes stock of AutoNation, Canadian National Railway, Deere & Co., and Grupo Televisa. In a recent interview, Gates said that the pair will try to work together post their marriage on their foundation. “We are communicating and working at the foundation so that partnership we’re going to try and continue,” he said.

In addition to combating deadly diseases across the world, Bill Gates announced last month that his climate would invest USD 1.5 Billion in partnership with the US to cut carbon emissions. Last month, the US government passed an infrastructure bill that would credit billions of dollars to the Department of Energy to fight climate change. Gates said in an interview with CBNC that if the bill becomes law, “this collaboration will not only send us on a more durable path to net zero, but will create both immediate and long-term jobs in communities across the country.”