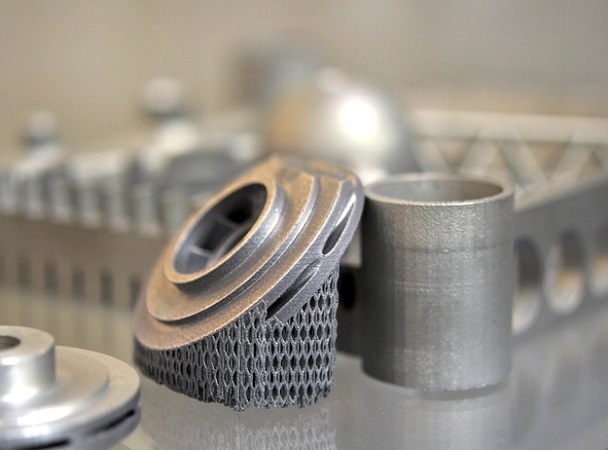 The US-based metal 3D printing company Desktop Metal announced plans to acquire ExOne, a company that works in the same industry. Under the agreement, the former company is expected to buy all the issued and outstanding shares of the latter ones. The latest deal will represent the complete transaction of USD 575 Million, which consists of USD 192 Million in cash and USD 383 Million in stock.

ExOne shareholders will be granted USD 8.50 in cash and USD 17 in shares of Desktop Metal. The transaction represents that Desktop Metal will pay a premium of 47.6% on the price of Exone stock. Kent Rockwell, the largest shareholder of ExOne, has supported the agreement. Moreover, all the board of directors has unanimously approved the deal. This deal is expected to be closed by the fourth quarter (Q4) of 2021.

“We are thrilled to bring ExOne into the DM family to create the leading additive manufacturing portfolio for mass production,” said Founder and CEO Ric Fulop, in a statement. “We believe this acquisition will provide customers with more choice as we leverage our complementary technologies and go-to-market efforts to drive continued growth. This transaction is a big step in delivering on our vision of accelerating the adoption of additive manufacturing 2.0.”

The company went public in August 2020 and to date, it has raised USD 430 Million in funding. To make its public debut, Desktop Metal merged with Trine Acquisition Corp, which created a company worth USD 2.5 Billion in valuation. Since its establishment, its major clients include BMW and Ford.  Desktop Metal reported the first quarter (Q1) of 2021 on Wednesday. It posted 68% year-on-year (YoY) profit in this quarter.

ExOne’s purchase marks its series of acquisitions to expand its capabilities in the 3D printing space. At the beginning of the year, it purchased EnvisionTEC for USD 300 Million. The latter company specializes in photopolymer additive manufacturing. Moreover, it has the technology to print over 190 materials and has around 1,000 customers in the dental space.

Later in July, it acquired a recoater system developer company Aerosint. This acquisition was done to enable the expansion of AM 2.0 applications. The company will use its patented technology to widen its service portfolio and acquire new market opportunities. Earlier to that, it announced to take over resin supplier Adapative3D. This acquisition will help Desktop Metal to enter into the rapidly growing elastomer market.

“We are excited to join forces with Desktop Metal to deliver a more sustainable future through our shared vision of additive manufacturing at high production volumes,” said CEO John Harter, in a statement. “We believe our complementary platforms will better serve customers, accelerate the adoption of green technologies, and drive increased shareholder value. Most importantly, our technologies will help drive important innovations at meaningful production volumes that can improve the world.”

Earlier this year, the company announced that the Department of Defense (DoD) USD 1.6 Million. Under this contract, ExOne will develop a portable self-contained 3D printing factory. “Over the last two years, we’ve really focused on providing our technology into government-type applications: DoD, NASA, DoE,” the firm’s CEO told Tech Crunch. Last month, Xometry announced the availability of another 3D printing process to its instant quoting engine. This will be enabled with the partnership with ExOne. “Whether customers are interested in low or high volumes, our technology offers a fast and affordable option in a wide range of metals,” said John Hartner, ExOne’s CEO, in a press release. “That includes X1 Metal 420i™, a steel-bronze matrix that is one of the most affordable and durable 3D printed metals on the market today.”