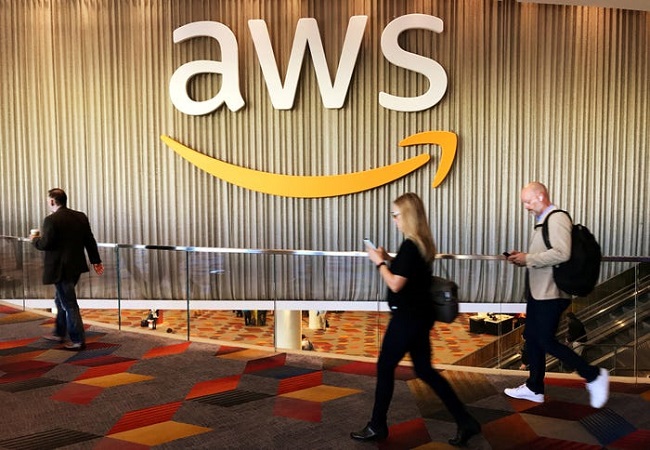 Amazon Web Services (AWS) has bagged a USD 10 Billion cloud computing contract from the National Security Agency. This comes after the agency scrapped the Joint Enterprise Defense Infrastructure (JEDI) contract, which was earlier awarded to Microsoft, and announced a “multi-vendor” contract. However, the Windows software company has challenged the government’s decision.

The tech giant Microsoft was notified by NSA that Amazon has been given the contract. Just after two weeks, the company filed a bid protest with the Government Accountability Office, challenging the decision. This move was similarly undertaken by AWZ in 2019 when it filed a lawsuit against the Department of Defense (DoD). The lawsuit that the decision was partly due to the influence of the White House. Meanwhile, Pentagon protested the lawsuit stating that there was no influence of the Trump administration. However, in April 2021, Judge Patrica Campbell-Smith rejected the agency’s plea to end the litigation.

According to the latest filing by Microsoft, the contract name is “WildandStormy.”  NSA spokesperson has given the same insights on the bid protest. “NSA recently awarded a contract for cloud computing services to support the Agency. The unsuccessful offeror has filed a protest with the Government Accountability Office. The Agency will respond to the protest in accordance with appropriate federal regulations,” an NSA spokesperson told Nextgov.

Amazon’s cloud business grew 37% year-over-year (YoY) and reported 32% quarter-over-quarter (QoQ) growth in the second quarter (Q2) of 2021. AWS accounted for around 40% of the cloud computing market in 2020. While Microsoft’s cloud computing unit Azure posted 51% YoY in the June quarter.

Microsoft has also confirmed its filing with the statement. “Based on the decision we are filing an administrative protest via the Government Accountability Office. We are exercising our legal rights and will do so carefully and responsibly,” Microsoft’s spokesperson told Nextgov. When DoD canceled the contract with the company, it was quite supportive of the decision. Microsoft’s President, US Regulated Industries, Toni Townes, then said that “the security of the United States is more important than any single contract, and we know that Microsoft will do well when the nation does well.”

In 2013, AWS won the USD 600 Million cloud contract from Central Intelligence Agency (CIA). Under this contract, Amazon’s cloud business segment was providing cloud services to various sister government agencies of the US. The latest USD 10 Billion contract adds one more feather to AWS’s hat. In addition to its deal with NSA, its parent company Amazon has won the court battle against the oil conglomerate Reliance. This is expected to open gates for Amazon to dominate the Indian retail market.

Under the court’s verdict, the sale of Future Group to Reliance will halt, which will give a blow to the latter company who’s striving to capture a big slice of the retail market. In 2020, Reliance Retail said that it will acquire Future Group for USD 3.4 Billion, which includes its warehouses and logistic business. However, the deal became complicated as in 2019, Amazon acquired a 49% stake in Future Coupons, a business unit of Future Group. This led to the battle against the two giants in the retail market.

Charlie Bell, a senior vice president at AWS, left the company after 23 years. In recent years, AWS has witnessed few shakeups in managerial positions. For instance, in April 2021, Teresa Carlson, a senior executive at AWS, joined the security software company Splunk as president and chief growth officer. In May 2020, Tim Bray, a vice president at AWS, left the company over its labor policies. “I quit in dismay at Amazon firing whistleblowers who were making noise about employees frightened of Covid-19,” he said in a blog post.