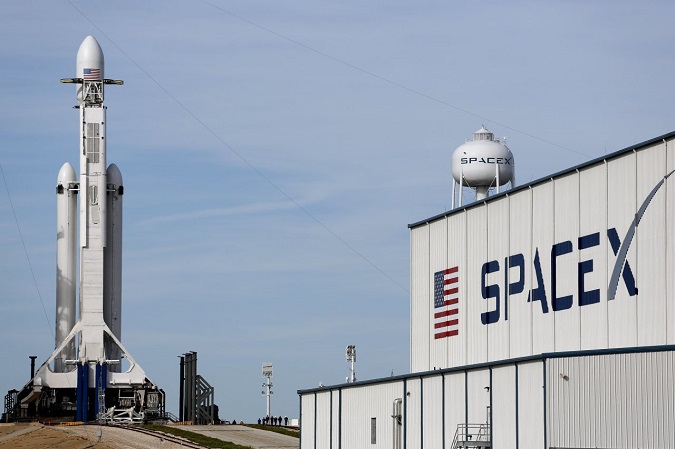 The US-based aeronautical company SpaceX is set to acquire satellite connectivity provider Swarm Technologies. If Elon Musk-led firm completes the acquisition, it will mark its first acquisition since its establishment. The purchase will transfer Swarm Technologies’s space license and ground networking station to SpaceX. The report of the transfer was found in the filings with Federal Communication Commission (FCC).

The deal was reported on July 16, 2021. However, none of the parties didn’t disclose or commented on the acquisition. Moreover, no financial details of the transfer were disclosed in the filings. SpaceX manufactures satellites, rockets, and related hardware in-house. Thus, this deal seems unusual for the space company. It’s not still clear what benefit do Swarm Technologies provides to its broadband network.

“Swarm’s services will benefit from the better capitalization and access to resources available to SpaceX, as well as the synergies associated with acquisition by a provider of satellite design, manufacture, and launch services,” both the companies said in the filing. While Swarm wrote in a filing that “the combined companies’ ability to provide innovative satellite services that reach unserved and underserved parts of the world.” The filing said that the deal will also benefit SpaceX by providing access to “intellectual property and expertise developed by Swarm Team.”

Swarm Technologies, founded in 2016, has around 30 employees and the constellation of 120 tiny satellites in orbit. Over the year, the company has raised around USD 25 Million in the capital. The company has successfully turned its investment into customer programs that offer its Internet of Things (IoT) network at USD 5 per month. Its ultra-low bandwidth satellites are “the smallest commercially operational satellites in space,” the Canada-based company said. Swarm Technologies has developed a “tile” embedded into IoT devices suitable for industrial IoT applications.

The company is expected to launch more than 30 satellites in the coming years. It has partnered with LeoLabs to track its satellites. On the deployment of all 150 satellites, it will have at least three satellites that will cover each part of Earth. Each satellite weighs as much as 0.4 Kg. Last month, the company has also introduced its second product called Evaluation Kit for USD 499. This kit will help the customer to develop an IoT device using tile and solar panel-related components.

In 2018, Swarm Technologies came under FCC scrutiny after it launched four SpaceBEE satellites. This was an unauthorized launch as FCC had already dismissed its application to launch satellites. After FCC learned about the launch, it banned them from launching the next four satellites and imposed a USD 900,000 penalty. The next four satellites were of Rocket Lab. The company “will not launch spacecraft that do not have the relevant regulatory approvals or licenses,” said Rocket Lab CEO Peter Beck in a statement.

SpaceX Mission to Provide Broadband Services Across the World

SpaceX launching spree of Starlink satellites began in 2020 by propelling around 800 satellites through 13 space flights. Last month, the Telegraph reported that the company has set up a ground station on the tiny island near the Irish sea. The government of Isle of Man said that SpaceX has partnered with local communication provider BlueWave Communications. This partnership will help SpaceX’s satellite service Starlink’s plan to provide broadband Internet across the globe.

The Isle of Man Communications and Utilities Regulatory Authority confirmed that the two companies have been granted licenses for the “provision of services and location of associated equipment on the island.” SpaceX is planning to invest USD 10 Billion and until now it has launched 1,700 small satellites till now. Its ultimate plan is to launch a total number of 12,000 satellites. The company currently has 90,000 customers who are using its Starlink service.