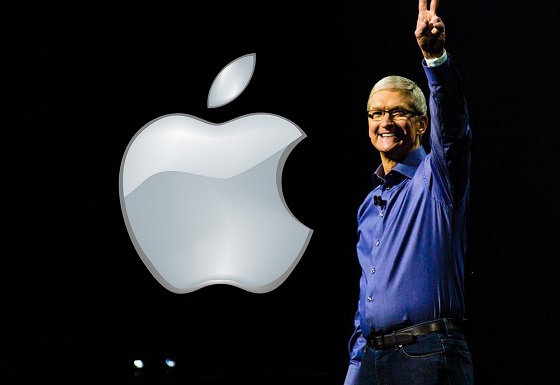 The US-based tech giant Apple reported an impressive third-quarter (Q3) earnings on Tuesday, beating Wall Street expectations. The company brought in USD 81.41 Billion in revenue, a significant increase of 36% year-over-year. Meanwhile, the data research company Refinitiv expected the revenue to be USD 73.30 Billion in this quarter. Apple reported earnings per diluted share (EPS) of USD 1.30 in this quarter, while Refinitiv anticipated that it will deliver EPS of USD 1.01.

The firm’s iPhone segment revenue jumped USD 39.57 Billion, up almost 50% year-over-year. Its service business segment, which includes app purchases, subscriptions, and transactions, witnessed a 33% increase in revenue from Q3 2020. On the other hand, Apple’s revenue from Mac products escalated by 16% year-over-year. These numbers suggest that Apple’s every business segment grew by at least 12% in this June quarter. However, its gross margin dropped by more than 50% since Q2 2020.

“This quarter, our teams built on a period of unmatched innovation by sharing powerful new products with our users, at a time when using technology to connect people everywhere has never been more important,” said Apple’s CEO Tim Cook in a statement. He added that the company is working together to fulfill the 2030 goal of becoming 100% carbon neutral.

In a call with analysts, Cook said that the company may encounter supply constraints due to chip shortage. The technology giants all over the world are witnessing chip shortage, which is expected to hamper production. For instance, Tesla’s CEO Elon Musk said that chip shortage will limit their production of energy storage systems. “We do have some shortages in addition to that, that are where the demand has been so great and so beyond our own expectation that it’s difficult to get the entire set of parts within the lead times that we try to get those,” he said on the call.

“Our record June quarter operating performance included new revenue records in each of our geographic segments, double-digit growth in each of our product categories, and a new all-time high for our installed base of active devices,” said Luca Maestri, Apple’s CFO in a statement. He continued that Apple generated USD 21 Billion in operating cash flow and returned USD 29 Billion back to shareholders. In the press release, the company also announced a dividend of USD 0.22 per share.

Maestri also commented on the chip shortage. Even though he didn’t give the exact percentage on how supply constraints will impact the company, he said that the chip shortage is anticipated “to be greater than what we experienced during the June quarter.” The chip shortage commentary tanked the shares by 2% in after-hours trading. In April, Apple had already warned of supply shortages that might impact iPad and Mac sales and added that these constraints would negatively impact the sales by USD 3 Billion to USD 4 Billion.

Even though Apple has delivered strong numbers in every quarter, the company has been continually chased by antitrust regulatory bodies. Meanwhile, its battle with Epic games over App store policies has called out few challenges for Apple, as its policies have seen the same oppression from other companies, such as Facebook and Spotify.

On Monday, Tesla’s CEO Elon Musk criticized Apple for its closed environment ecosystem. “It is not to create a walled garden and use that to bludgeon our competitors which is used by some companies,” he said in a conference call. Musk later faked a cough and uttered, “Apple.” The company is building its electric car under the project named “Titan.” It is working on several projects, which include augmented glasses, which are anticipated to be launched before the car.