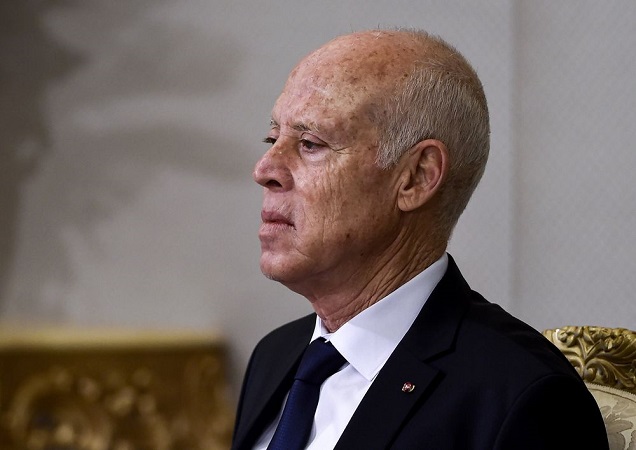 Tunisia is facing a huge economic crisis amidst the COVID-19 pandemic. However, one of the biggest dents on its democracy was marked on Sunday after President Kais Saied ousted Prime Minister Hichem Mechichi and froze all the parliament activities. Even though the move by the president was condemned by the government, the people on the country’s street celebrated the suspension.

Following his decision to freeze the parliament for 30 days, Saied said that he would govern the country with a new executive appointed by himself. The dismissal of the government was witnessed after the people protested against the political dysfunction and economic crisis due to the mishandling of the COVID-19 surge. Tunisia is encountering its second overhaul after the country ousted the autocracy of 23 years in 2011. Huge crowds were seen dancing and cheering in many cities over the announcement.

On Monday, Parliament speaker and Ennahda’s leader Rached Ghannouchi said that he will call a session to defy Saied move; however, he was stopped from entering the building. “Today we are witnessing a “coup attempt” covered with the Constitution. Nothing in the Constitution allows the President to dissolve the parliament or the executive. Even under the state of emergency, the parliament has to remain in session,” said Ghannouchi in a videotaped live on Facebook.

Tunisia’s Political Parties: Saied is Carrying out a Coup

Meanwhile, Ghannouchi said in a statement to Washington Post that parliament “cannot be suspended” and revealed that the president’s decisions are “invalid.” “We consider the Assembly to be in permanent session, the government to be in place, and all our democratic institutions to be unaffected by these unconstitutional measures,” he said. Earlier, the leader had accused Saied of overstepping his authority as a president.

President Saied Statement After the Orders

The president told the state media on Sunday that “many people were deceived by hypocrisy, treachery and robbery of the rights of the people.” He added that anyone thinking of “resorting to bullets” will be responded with bullets from armed forces. Al Jazeera reported that Saied’s move to sack the prime minister and government doesn’t come out as a surprise. Saied and Mechichi were involved in a political dispute for over a year.

The constitution does not allow for the dissolution of parliament, but it does allow for its work to be suspended,” Saied said, citing Article 80, which allows undertaking of such measure in the case of “imminent danger.” Even though he has suspended the immunity of parliament members, he will return the immunities of deputies.

Protest in the Country

Thousands of protestors clashed with police in many Tunisian cities. Many of them demanded step down of the government over the surge in the COVID-19 cases. On Sunday, police sprayed pepper spray on protestors who threw stones and shouted slogans against the prime minister government. “Our patience has run out … there are no solutions for the unemployed,” one of the protestors told Reuters. “They cannot control the epidemic … They can’t give us vaccines.”

Tunisia’s death count has reached 18,000 in the population of about 12 Million. Earlier this month, the ministry said that the country’s health system has collapsed over rising COVID-19 cases. Last week, the prime minister fired the health minister. President Saied told the army to take tackle the COVID-19 pandemic after the government debacle broke out and walk-in vaccination centers were closed on Eid.