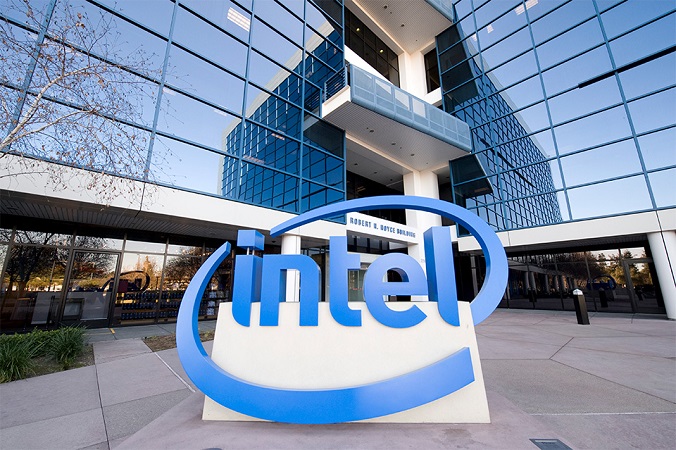 Intel announced second-quarter (Q2) earnings on Thursday. The chip giant reported USD 18.5 Billion in revenue, up from 2% since Q2 2020. Moreover, it has raised its 2021 outlook by USD 1 Billion to USD 73.5 Billion, which concludes that Intel is optimistic about its future.

In Q2 2021, the company brought in USD 8.7 Billion in cash from operations, while paid USD 1.4 Billion in dividends. It reported a 33% rise in the PC unit sales. This is due to the COVID-19 pandemic as people were buying PCs to cope with the work from the home trend. However, it suggests that the trend will continue its trajectory as PC sales will continue to rise even after employees return back to offices. On the other hand, it has reduced its gross margins owing to the supply chain constraints.

Intel’s Client Computing Group reported a revenue of USD 10.1 Billion, an increase of 6% since Q2 2020. Conversely, its Enterprise portion of its Data Center Group (DCG), its second-largest business segment, delivered a downfall in the revenue to USD 6.5 Billion, a decrease of 9% year-over-year. Nevertheless, its autonomous driving subsidiary Mobileye reported a 124% increase in sales to USD 327 Million. Earlier this week, Intel announced that the company is testing its two autonomous vehicles in New York. The company can become the biggest supplier of chips to auto manufacturers, which can be a game-changer for the company.

The company’s Internet of Things Group (IOTG) delivered USD 984 Million in revenue in Q2 2021. This is a significant increase of 47% year-over-year. Intel’s CEO Pat Gelsinger said in the report release that “Our second-quarter results show that our momentum is building, our execution is improving, and customers continue to choose us for leadership products.” Meanwhile, in the earnings call, the CEO said that “7nm is progressing well.” Intel’s earnings have surged since past quarters despite the delay in the production of 7nm and 10nm chips. Amidst the global chip shortage, Gelsinger said during the call that the shortage is expected to “bottom out in the second quarter” and it will take “one to two years” to continue with smooth operations.

In March 2021, Intel announced that it is going to spend USD 20 Billion to establish two major factories in Arizona. The company will enter the foundry market that is expected to be worth USD 100 Billion by 2025. This new business segment will be called a “standalone foundry business unit,” which will develop RISC-V core chips for its commercial customers, using its own manufacturing technology. In the same month, that it will outsource its chip production to third-party foundries, such as Samsung and TSMC.

Intel is in early talks with Abu Dhabi sovereign wealth fund Mubadala to acquire GlobalFoundries, a prominent chip foundry, reported CBNC. Earlier this month, Reuters reported that the company is expected to buy SiFive Inc., a company that manufactures chips based on RISC-IV technology. In the earnings report release, Intel announced a USD 3.5 Billion investment for the manufacturing of advanced semiconductor packaging technologies.

Intel announced its partnership with Microsoft to deliver improved mobile experiences on Windows PCs. It has extended its partnership with Ericsson to increase its cloud radio access network to enhance its 5G performance. The Japan-based auto manufacturer Toyota Motor Corp. chose Mobileye for its advanced driver assistance systems. Moreover, it introduced 12 new processors for its clients, which include 11th Gen Intel Core and Intel Xeon W-1100 series processors.

“There’s never been a more exciting time to be in the semiconductor industry. The digitization of everything continues to accelerate, creating a vast growth opportunity for us and our customers across core and emerging business areas. With our scale and renewed focus on both innovation and execution, we are uniquely positioned to capitalize on this opportunity, which I believe is merely the beginning of what will be a decade of sustained growth across the industry,” Gelsinger said.