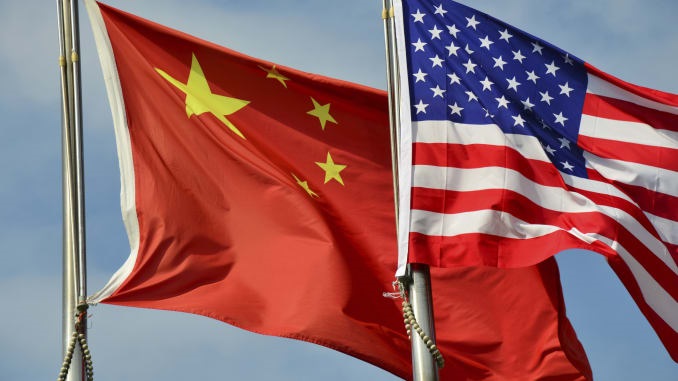 The US and China relations have witnessed immense tension amidst the trade wars between them. Earlier, the US had banned the imports of some China-based products owing to the concerns of national threat. Now, the US Senate has passed legislation to ban the import of all the products from China’s province Xinjiang.

The stringent sanction on the Xinjiang exporters comes after the US warned legal consequences over forced labor of Uyghur ethnic minority. Thus, the passed bill can be said as the punishment for ongoing genocide against the Uyghur groups in Xinjiang. The sanction would stay until exporters can’t prove their goods were made with forced labor. Under the Uyghur Forced Labor Prevention Act, the US Department of Homeland Security requires to create a list of entities in China that are working to repress the minority groups.

“Once this bill passes the House, and is signed by the president, the United States will have more tools to prevent products made with forced labor from entering our nation’s supply chains,” the US Senate Marco Rubio said in a statement. In recent years, the US has repeatedly criticized Beijing for its inhuman crimes. According to a human rights group of the United Nations, China has sent over a million Uyghurs to detention. However, China says that detention centers are created for “vocational educational centers,” that are built to cease the spread of extreme religious extremism.

The US is not only the one that has put stringent sanctions on Beijing. Canada, the UK, and the European Union have also announced sanctions on the country for the same reason. Nevertheless, Beijing criticized the moves by the countries and said that it is the “biggest lie of the century,” and added that its measures are to lift poverty and boost the economy. Recently, the US has added 34 entities to the backlist, which includes 14 enterprises that are indirectly linked to abusing human rights.

“The People’s Republic of China government continues its horrific abuses in the Xinjiang Uyghur Autonomous Region and elsewhere in China, targeting Uyghurs, ethnic Kazakhs, and ethnic Kyrgyz who are predominantly Muslim, and members of other ethnic and religious minority groups,” State Department spokesman Ned Price said in a statement on Tuesday. The Democrat Jeff Merkley who supported the legislation said that “No American corporation should profit from these abuses. No American consumers should be inadvertently purchasing products from slave labour.”

The bill passed would be the extension of the existing sanction that just included tomatoes, cotton, and solar products. On Tuesday, the Biden Administration had already warned entities that have ties with Xinghang that they could face legal consequences over the human-right abuses. The White House had already sanctioned two Chinese officials over their involvement in abuse against Uyghurs. “We will confront China’s economic abuses,” Biden said in a speech. Now, the bill requires to be passed in the House of Representatives and needs to be sent to President Joe Biden for the signature to turn that into the law.

The Biden administration has vowed to help Australia to retaliate against China’s unfair trade practices. This comes after China imposed heavy sanctions against Australia’s barely. “We have Australia’s back against economic coercion, and other countries do too,” the US Embassy spokesman said in a statement. On the other hand, a spokesperson of China’s foreign ministry said that Australia is paying for its misguided policies.

The country’s second-quarter GDP increased to 7.9%, from a year ago. The number fell short of Reuter’s expectations of 8.1%. China’s retail segment sales rose 12.1% in June, while its industrial production grew by 8.3%, since last year. “China’s economy sustained a steady recovery,” the National Bureau of Statistics said on Thursday.