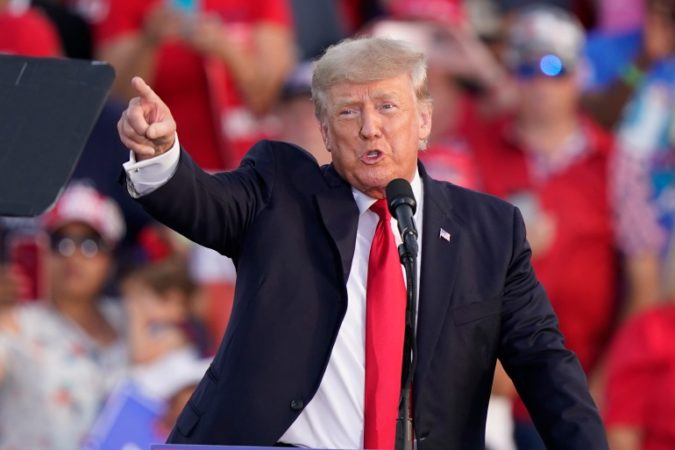 Through his journey of becoming the real-estate magnate, he has hundreds of cases against his name and business. However, most of them didn’t follow with the verdict in his favor. Donald Trump made the announcement of the lawsuit on Wednesday at his golf club in Bedminster. His lawsuits are supported by the American First Policy Institute (AFPI), a nonprofit group supporting his all lawsuits. AFPI’s President and CEO Brooke Rollins and co-chair Linda McMahon were alongside Trump during the announcement. “We will achieve a historic victory for American freedom and at the same time, freedom of speech,” he said in a speech.

The lawsuit alleges that the social media giants have violated the First Amendment rights of Trump and other users. Conversely, this argument has been overruled by the court as this right is limited to the government and not private corporations. It has also asked the court to charge the companies and wants Section 230 of the Communication Decency Act to be unconstitutional. He called out the cases as “a very important game-changer for our country.” Most of the legal experts believe that the lawsuit’s verdict won’t be in his favor. “I think the lawsuit has almost no chance of success,” Vanderbilt University law professor Brian Fitzpatrick told CNBC.

Trump wants his lawsuit to not go in vain. He has described his class action suits as an attempt to stop violating speech laws by social media platforms. We’re not looking for a settlement. We don’t expect a settlement,” he said in a press conference. The former president added that the social giants can potentially face trillions of dollars in damages, and a “number the likes of which nobody’s ever seen before.” He was banned from Facebook and YouTube for an indefinite period of time for violating rules during the US Capitol riot. His clash with social media companies has not been new to the world.

In 2020, Donald Trump signed an executive order during his presidency to limit the legal protections against social media platforms that provide companies a shield from legal liabilities that are conferred to a web-based publisher. In May, President Joe Biden revoked executive orders issued by Trump. Under Section 230, companies can remove the posts that violate their standards. “Our case will prove this censorship is unlawful, unconstitutional, and completely un-American,” Trump said. “If they can do it to me, they can do it to anyone.”

Trump Has Shut Down His Blog

Donald Trump has shut down his blog, “From the Desk of Donald J. Trump,” just after a month’s launch. His blog acted as an alternative messaging platform after he was banned from Twitter and Facebook this year. According to the NBC reports, the blog gained 212,000 total engagements, which is lower than the previous president’s tweet.

Just after Trump wrapped his speech at his golf club, Trump rolled out a fundraising message to the public. The message contained a donation link to ‘Save America’ and to raise money for Republican committee initiatives.  “There’s not much precedent for an American president taking major-media corporations to court — nor is there much precedent for an American president engaging the judiciary to shape the landscape of American freedoms after his presidency,” Rollins said in a statement. While Trump added that “We’re demanding an end to the shadow-banning, a stop to the silencing and a stop to the blacklisting, banishing and canceling that you know so well.”