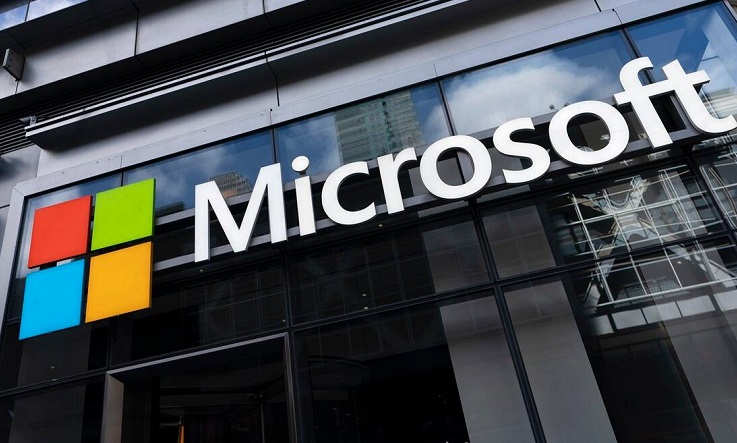 The Department of Defense (DoD) announced in a press release that it has called off the USD 10 Billion cloud contract with Microsoft. Major tech giants such as Oracle, IBM, and Amazon were in a race to bag the cloud computing contract of 10 years from the government.

After scrapping the Joint Enterprise Defense Infrastructure (JEDI) contract, Pentagon has announced plans for a “multi-vendor” contract and intends to seek a proposal from only two tech giants– Microsoft Corp. and Amazon Web Services. Following the news, Microsoft’s share tanked 0.4% while Amazon gained 3.5% on Tuesday. Pentagon said in an announcement that “due to evolving requirements, increased cloud conversancy, and industry advances, the JEDI Cloud contract no longer meets its needs.”

Now, the new contract will be given to multiple vendors for a period of five years. The DoD has not yet cleared out about the maximum amount of the deal; however, it is expected to be in billions of dollars. As earlier, Microsoft and Amazon need to submit a proposal on how they will able to fulfill the Pentagon’s requirements. Acting Chief Information Officer John Sherman said in a telephone interview that Amazon’s litigation was not the cause of the change in decision.

After Microsoft won the intense bidding war, Amazon Web Services (AWS) filed a lawsuit, protesting the DoD decision. In the year 2019, the Pentagon’s inspector general said in a report that the contract given to Microsoft was not influenced by the White House. However, Amazon argued that the contract was influenced by then President Donald Trump’s bias against founder Jeff Bezos. In April 2021, Judge Patrica Campbell-Smith rejected the government’s request to end the litigation process commenced by Amazon.

AWS was not the only one who filed a lawsuit against DoD, Oracle also filed the lawsuit against the department. The company said in a lawsuit that Amazon had offered Pentagon’s two employees jobs at the firm while they were working on the contract. It added that the bidding process was partial owing to the conflict of interest involving Amazon. However, in September 2020, Oracle lost the appeal against the DoD. “Notwithstanding the extensive array of claims raised by Oracle, we find no reversible error,” the US Circuit Judge William Bryson wrote.

“This is really about mission need have been our primary driver on this,” he said. Sherman added that he will be approaching IBM, Oracle, and Google with the new plan. The door remains wide open for the next three and a half months as we conduct market research” he added. The Pentagon said that the contract vendor needs to follow several criteria, and should be able to work under three classifications. It added that contract reward for its Joint Warfighter Cloud Capability (JWCC) could be given around April 2022, while enterprises who can meet their requirements are also welcomed to submit their proposal.

“The DoD faced a difficult choice: Continue with what could be a years-long litigation battle or find another path forward. The security of the United States is more important than any single contract, and we know that Microsoft will do well when the nation does well,” Microsoft President, the US Regulated Industries, said in a blogpost. It also highlighted Amazon’s litigation, saying that the inspector general finding concluded that there was no political interference in the procurement process.

Donald Trump had publicly criticized Amazon in public. During the bidding process, the former president said that he will be reviewing the company’s bid after he received complaints from other technology companies. This led AWS to file a lawsuit against the DoD.

“We understand and agree with the DoD’s decision. Unfortunately, the contract award was not based on the merits of the proposals and instead was the result of outside influence that has no place in government procurement,” an AWS spokesperson said in a statement. “Our commitment to supporting our nation’s military and ensuring that our warfighters and defense partners have access to the best technology at the best price is stronger than ever,” the statement reads.