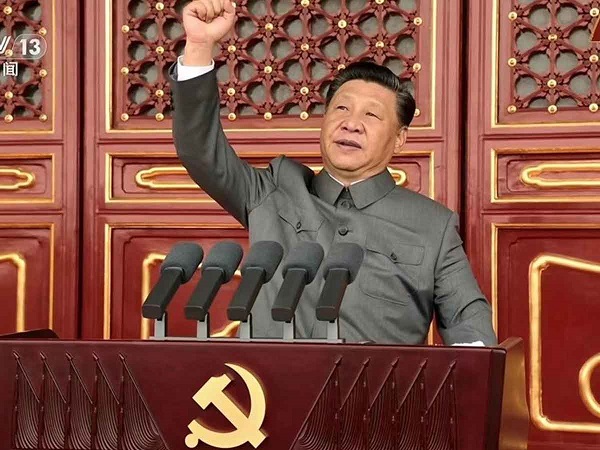 The Communist Party of China (CPC or CPP) has turned 100 years and over the years it has proved to become a highly influential political party in the world. President Xi Jinping has been leading the party for over 13 years, and under his leadership, the gross domestic product (GDP) has grown by over 6%. To mark the centenary of the communist party, Jingping addressed the mass gathering in Beijing on Thursday.

The President told the crowd that the era of China being “bullied” has come to an end, and people who will try to separate the party are doomed to fail in their actions. Xi Jinping spoke for more than an hour from the balcony of the Mao Zedong in Tiananmen Square. In the success speech of the party, the leader brimmed with confidence when he said that the party has destroyed the exploitative” feudal system and gave birth to “a socialist market economy brimming with vitality.”

The Birth of CCP

In 1949, CCP defeated the nationalists in the country’s civil war, which led to the foundation of the People’s Republic of China. Long before Xi Jingping came into power, Mao Zedong became the face of the party. He served as a chairman of the communist party until his death in 1976.

In the 1980s, Deng Xaioping succeeded Mao and opened China’s door for the global economy. Under his leadership, China witnessed the Tiananmen Square massacre, which killed over 200 people. Amidst the 2008’s world recession, China has already become one of the fastest-growing economies. In 2013, Xi Jinping took the charge and since then, he has changed the dynamics of the country.

Currently, China is facing huge pressure from the US and Australia, and also from its territories Hong Kong and Tibet. During the speech, the President said that China will “no longer allow any alien powers to bully and oppress us.” “No one should underestimate the Chinese nation’s will and power to fight against foreign power,” he said. Xi Jinping added that anyone who tries to enslave us will “face broken heads and bloodshed in front of the iron Great Wall of China of 1.4 Billion Chinese people.”

Amidst the speech, the social media platforms such as WeChat and Weibo saw congratulatory posts, and the #CCPTurns100Today was trending on the Internet. On 100 years of the party, CCP’s propaganda material was seen on airports, train stations, and TV. The celebration began with a flypast of 30 military aircraft that formed “100” in the sky. Additionally, there was a march-past, 100-guns salute fire, and trumpets producing communist songs.

CCP’s celebration could also be seen in Hong Kong, which came under the control of China after the British handed over its control to the Government of China. In 2019, Hong Kong witnessed a protest after China allegedly oppressed its citizen’s freedom of speech. Recently, China faced huge criticism from across the globe after more than one Million Uyghurs and Muslim minorities were detained for “re-education camps.” Among the other countries, the US has also accused China of genocide. In 2018, the UN human rights committee said that it has reports on China that it is holding over million people in “counter-extremism centers.”

China sees Taiwan as its separate province. Even though Taiwan rejected its “one country, two systems” formula in 2018, the former country is seeking reunification. In the year, China had put pressure on international companies to list Taiwan as a part of China; however, on the failure to comply, they would threaten them for blocking the businesses. Last month, Taiwan reported an incursion of China-based 28 air force aircraft. On a centenary day, President Xi Jinping pledged to reunite Taiwan with the motherland. Solving the Taiwan question and realizing the complete reunification of the motherland are the unswerving historical tasks of the Chinese Communist Party and the common aspiration of all Chinese people,” Xi said on Thursday. He added that people on both sides should work together and smash any “Taiwan independence plots.”