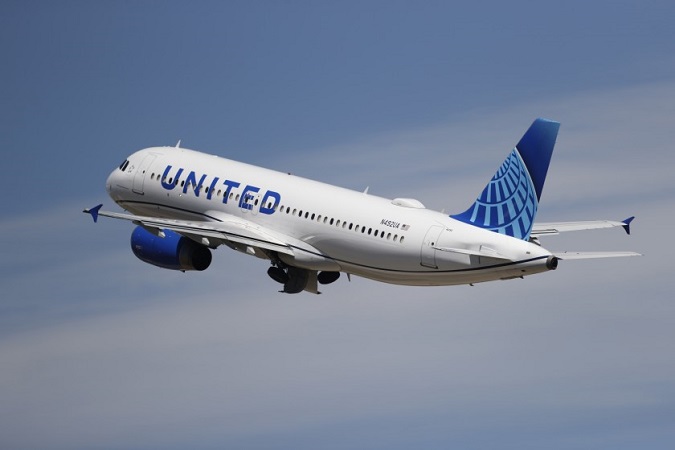 United Airlines announced that it has ordered 270 aircraft, the highest ever order by any company in the airline industry. The aircraft order consists of 200 Boeing Max jets and 70 Airbus A321neo aircraft. As per the listing price, the total order is worth USD 35 Billion. However, the airline company is paying half of the listed price.

The bulk order from the company is a sign that the industry is set to fly again amidst the pandemic. United said on Monday that it will be posting pre-tax profit next month. This announcement addresses that the company will be the first airline company to post a profit since the inception of the COVID-19 outbreak. “I’m certain they’re getting a good deal on Max’s. But If they didn’t feel reasonably good about the return of market for flying, they wouldn’t be doing it,” said Rob Epstein, aerospace analyst for Bank of America.

United Airlines is going to replace 200 smaller jets that carry 50 passengers with the new fleet of jets. The tabloid reports that it’s also replacing 100 full-sized planes. This will help the airlines to increase the planes capacity without adding flights to Newark and San Francisco. “We’re trying to fly 50-seat regional jets between Chicago and Dallas or between Newark and Atlanta. And we’re trying to compete with people that have a much better product,” CEO Scott Kirby said in a presentation to investors.

On the buying of the new jets, Kirby says that “We had no chance to compete effectively. This order is about remedying that and creating a domestic network that has a product that our customers like.” As of now, United is using its 50-seat passenger jet for one-third of its domestic flights.

Breakdown of the Bulk Order

Out of the 200 Boeing Max Jets, 150 of them are Boeing MAX 10 while 50 of them are Boeing 737 MAX 8. This is a significant order for aerospace manufacturer Boeing after grounding its MAX fleet line over safety crisis. In April 2021, the manufacturer announced that there’s an “electrical issue” in its 737 Max airplanes. United said that the potential electrical system fault impacts 16 of its 30 MAX planes.

Most of the airline companies have retired their plans amidst the pandemic; however, United plans to fly its MAX 8 with a new cabinet interior this summer. Moreover, it plans to fly its MAX 10 and A321neo by early 2023. Currently, including its yesterday’s order, the company has a total order of 500 narrow-body aircraft, which includes 40 in 2022 and 138 in 2023.

Earlier this month, the company also announced that has placed an order of 15 supersonic planes to curtail the traveling by half. Nevertheless, the planes won’t be operational until 2029. United Airlines has placed the order to Boom Aviation.

In the presentation, Kirby told that since the pre-pandemic level, the revenue is still down 60%, while it has witnessed quite an improvement since the 90% drop last year. The airline company received USD 10.5 Billion in government aid during the pandemic. United pledges to use the aid to add about 25,000 jobs, which includes pilots, flight attendants, gate agents, and staff that are required to handle the increasing passenger traffic.

Last year, the company laid off 22,000 employees owing to the shutdown in travel across the globe. United Airlines is planning to revamp the interiors of its existing full-sized jets, which include embedding entertainment systems, larger luggage cabins, and legroom. On March 15, 2021, United shares rose 8% over the strong demand for air travel.

United announced that it has suspended its planned service at Santa Maria Public Airport. The airline company was planning to include flights to San Francisco, Los Angeles, and Denver. The airport manager Chris Hastert that the airport authorities met United at the beginning of the pandemic, and the airline company had fully planned to start the service.  “There’s just so much going on with the industry, business travel isn’t picking up as fast as they had hoped,” Hastert said.

“Throughout the pandemic, United has continued to evaluate and adapt its network to respond to the changing travel landscape. Due to the pandemic and changes in market conditions since our initial announcement, United has made the difficult decision to suspend its plan to operate nonstop service to Santa Maria, Calif. (SMX) from Denver and San Francisco. We will continue to serve the region and greater Central Coast community with service to Santa Barbara Airport (SBA) and San Luis Obispo County Regional Airport (SBP),” United Airlines said in a statement.