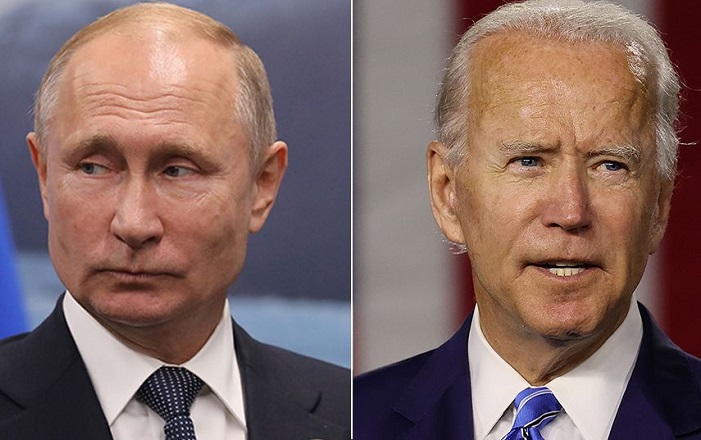 The US President Joe Biden and Russia’s Vladimir Putin decided to meet at the Geneva Summit on the purpose of easing the tension between the two countries on Wednesday. Putin was the first one to arrive at the lakeside villa and was welcomed by the President of Switzerland Guy Parmelin. Biden arrived 15 minutes later in his convoy and shook hands with Parlemin.

During the three hours between the two leaders, Putin denied Russia’s involvement in cyberattack, while Biden warned him of dire consequences on future cyberattacks. Ahead of the summit, Putin said that Russia is ready to hand over the cybercriminals to the US if the country does the same and reaches an agreement.

Even though two leaders expressed disagreements on some issues, the meeting was described as “positive” and “constructive” by Biden and Putin, respectively. One of the important highlights of the meeting was their talk on human rights. In the meeting, Biden said that Russia will face “devastating” consequences if imprisoned Kremlin critic Alexei Navalny dies.

Navalny, a political campaigner, was arrested in January on his arrival in Russia after he spent months in Germany for the treatment of poisoning. Following, his poisoning with a “nerve agent, the White House imposed sanctions on senior government officials from Russia. During the meeting, Putin said that “This person knew that he was breaking the law in Russia,” and accused Washington of “double standards” and interfering in domestic affairs.

The relations between the two countries had been deteriorating over several matters. For instance, in 2014, Russia annexed Crimea, while in 2015, Russia’s military intervened in Syria. The biggest blow the US encountered was in 2016 when the US charged Moscow for meddling with the US election, which resulted in the win of Donald Trump.

At a solo press conference, Biden said that it was “hard to say” if relation would improve; however, there is a “glimpse of hope.” He added that “I told President Putin my agenda is not against Russia or anybody else. It’s for the American people.”. Biden expressed his proposition of off-limiting certain infrastructure for cyberattack. In the meeting, he outlined 16 entities that are critical to the nation.

Biden said that he thought the discussion would last between four to five hours. However, the wrap-up in three hours was not a disappointment. We had covered so much,” Biden addressed. He reiterated that there were no threats during the meeting and there were “simple assertions” on what he thought of achieving out of the meeting.

The US and Russia Releases a Joint Statement

Following the summit, two leaders ensured that even in the period of tension, the two countries share a common goal of “reducing the risk of arm conflicts and the threat of nuclear war.”

“The recent extension of the New START Treaty exemplifies our commitment to nuclear arms control. Today, we reaffirm the principle that a nuclear war cannot be won and must never be fought,” the statement said, CNN reported. “Consistent with these goals, the United States and Russia will embark together on an integrated bilateral Strategic Stability Dialogue in the near future that will be deliberate and robust. Through this Dialogue, we seek to lay the groundwork for future arms control and risk reduction measures.”

Biden: Putin is not looking for another Cold War

Biden said that he told Putin that “This is not a Kumbaya moment as you used to say back in the ’60s in the United States, like let’s hug and love each other. But it’s clearly not in anybody’s interest, your country’s or mine, for us to be in a situation where it’s a new Cold War.” He also added that Putin still has concerns regarding the relationship between the two countries, as Putin believes that the US is seeking to “take him down.”

Putin’s Statement after the meeting

After the summit, Putin criticized the arrest of the people who attached the US Capitol on January 6, 2021. He also added that Russia doesn’t want to encounter any Black Lives Matter event. “America just recently had very severe events, well-known events after the killing of an African American. An entire movement developed, known as Black Lives Matter,” he stated. On the other hand, Biden said in his conference that the comparison between the US Capitol attack and the Black Lives Matter movement was “ridiculous.”