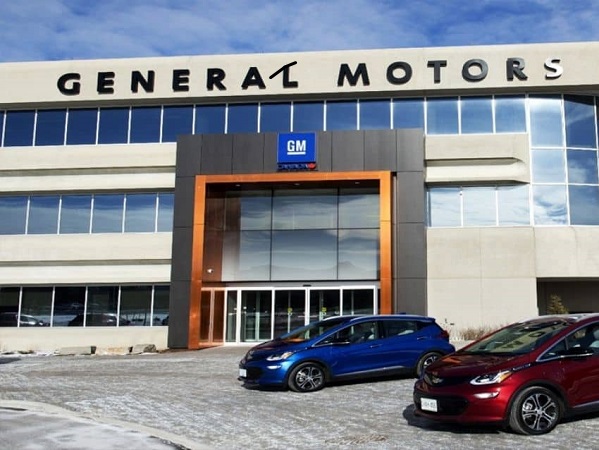 The US-based auto giant General Motors (GM) will foster their spending on electric and autonomous cars to USD 35 Billion by 2025, according to Reuters. This is a significant increase of 30% to its existing commitment of USD 27 Billion. Increasing investment in the EV business segment is a clear sign that like any other auto manufacturers, the company is striving for leadership in the EV market.

Just before the COVID-19 was announced as a pandemic, the company announced that it will spend around USD 20 Billion through 2025 to stronghold its position in the automotive market. However, in November 2020, it increased the investment to USD 27 Billion. The Detroit-based company’s announcement to boost its spending comes after its rival Ford increased its EV spending to USD 30 Billion by 2025. The latter company also said that 40% of the global sales would come from electric vehicles by 2040.

The 110-years old company’s commitment to up its EV investment comes after EV startups such as Lucid, Rivian, and Lordstown Motors Corp, which are extensively raising funds to build vehicle and battery plants. On the other hand, the tabloid also reported that GM CEO Mary Barra is scheduled to join the US House Speaker Nancy Pelosi and Democrats to talk about the future of EVs and emissions. Moreover, she will also meet the chairman of the House Energy and Commerce Committee, Frank Pallone and the US Representative Richard Neal, and two democrats for the discussion.

Marry Barra’s plan to working closely with the White House is related to President Joe Biden’s plan to allot USD 174 Billion to EV and battery charging infrastructure. The cornerstone of the overall plan is USD 100 Billion in consumer rebates. His plan provides “point-of-sale incentives that encourage EV deployment. These incentives will not go towards expensive luxury models and will also incentivize manufacturers who use good labor practices,” the White House fact sheet said.

The US administration had earlier deployed a USD 7,500 tax credit line for the EV vehicles, which was regardless of the price tag of the vehicle. However, it phases out after the production of 200,000 EV vehicles. GM’s tax credit line has been expired. On May 26, 2021, the US Senate Finance Committee said that is planning to increase the tax credit line to USD 12,500. Last week, the company said that it supports the emission rules implemented by California in 2019. Meanwhile, it is seeking options for flexibility as GM wants to reach its carbon reduction target by 2026.

According to the Associated Press, GM is going to build two battery plants from its EV investments to leverage its market position. The industry sources reveal that each plant would exceed USD 2 Billion in investment. However, it has not yet decided on the location of the plants in the US. In April 2021, GM announced in a press release that the company and LG Energy Solution are investing more than USD 2.3 Billion to build its second battery cell manufacturing plant in the US. Both the companies are investing through their joint-venture Ultium Cells LLC.

“The addition of our second all-new Ultium battery cell plant in the U.S. with our joint venture partner LG Energy Solution is another major step in our transition to an all-electric future,” said CEO Mary Barra. The press release revealed that the plant is scheduled to open by 2023. Moreover, it will create over 1,300 new jobs. “This partnership with General Motors will transform Tennessee into another key location for electric vehicle and battery production. It will allow us to build solid and stable U.S-based supply chains that enable everything from research, product development and production to the procurement of raw components,” said Jonghyun Kim, CEO of LG Energy Solution.

On Monday, GM announced that its collaboration with Wabtec Corporation to develop advanced lithium battery and HYDROTEC hydrogen fuel cell solutions for locomotives. Both the firms signed a nonbinding agreement, which conveys the shared vision of both the companies for zero-emission transportation. “Rail networks are critical to transportation and to GM’s ability to serve our customers across North America, and Wabtec’s bold plan to de-carbonize heavy haul and other locomotive applications helps advance our vision of a world with zero crashes, zero emissions and zero congestion,” said Mark Reuss, GM President.