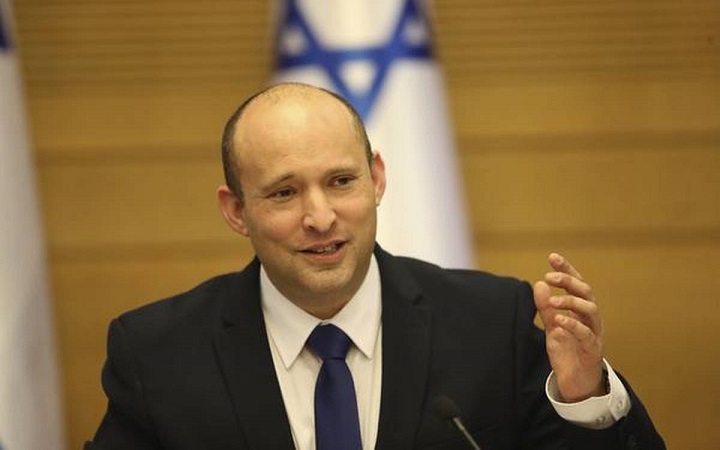 Naftali Bennett sworn in as Israel’s prime minister on Sunday, ending the 12-years tenure of Benjamin Netanyahu as the longest-serving prime minister in the country. The nation’s parliament approved the formation of a new government after Bennett won with a marginal vote of 1. It will be first Arab party to govern the country.

In the speech, Bennett said, “Twice in history, we have lost our national home precisely because the leaders of the generation were not able to sit with one and another and compromise. Each was right, yet with all their being right, they burnt the house down on top of us.” The Prime minister continued that “I am proud of the ability to sit together with people with very different views from my own.”

In the March election held this year, Netanyahu’s Likud party tasted the victory with 30 votes, but could not form the coalition with 120 members of Knesset. Meanwhile, Bennett’s Yamina Party with only seven members in parliament formed the new government. Most of Yamina’s party consists of Palestinian citizens, which constitute 21% of Israel’s population. Under the agreement with Knesset, Bennett will become the prime minister for two years. After the end of his tenure, he will be replaced by Yair Lapid, the chief architect of the new coalition.

Bennett went on a call with the US President Joe Biden. According to the readout, the prime minister expressed his gratitude for continuous support for Israel. While both the leaders discussed the matter of security in the country. The White House said that Biden expressed the administration’s interest in working with the new government on security and prosperity for “Palestinians and Israelis.” Biden said congratulated Bennet by saying that “I look forward to working with Prime Minister Bennett to strengthen all aspects of the close and enduring relationship between our two nations.”

Bennett’s political journey was quite a roller-coaster ride. He began his journey by becoming Netanyahu’s chief of staff. Later, he served as defense minister, economic minister, education minister, and other roles all under the former prime minister’s leadership. Now, he has replaced his commanding boss and became the face of the country.  Before entering into politics, the 49-years old politician was a tech entrepreneur who earned millions of dollars.  In his speech, he said that “This is not a day of mourning. There is a change of government in a democracy. That’s it.”

At the end of the speech by Bennett, Netanyahu said that “If it is destined for us to be in the opposition, we will do it with our backs straight until we topple this dangerous government and return to lead the country in our way.” However, none of the leaders didn’t address the plight of Palestine’s citizens in the speech. He touted 12 years of his government’s accomplishments and attacked the right-wing party by saying that they are “passing fascist laws” against his candidacy to “maintain the regime” in the country.

Mahmoud Abbas, the president of the state of Palestine, said that even though Israel’s government has changed, the state’s demand remains the same. “This is an internal Israeli affair,” his spokesperson said in a statement. “Our position has always been clear, what we want is a Palestinian state on the 1967 borders with Jerusalem as its capital,” he added.

Angela Merkel, the German chancellor, said that both the countries want to strengthen their friendship and is looking forward to work “closely with Israel’s prime minister.” Justin Trudeau, the prime minister of Canada, also expressed his hope to work with the new government to “to keep our people safe and supported as we recover from the global COVID-19 pandemic, and help both of our countries build back better.” He also thanked Netanyahu for years of cooperation.

Narendra Modi, the prime minister of India, congratulated the new Israel’s prime minister via Tweet. He wrote that “As we celebrate 30 years of the upgradation of diplomatic relations next year, I look forward to meeting you [Bennett] and deepening the strategic partnership between our two countries.”