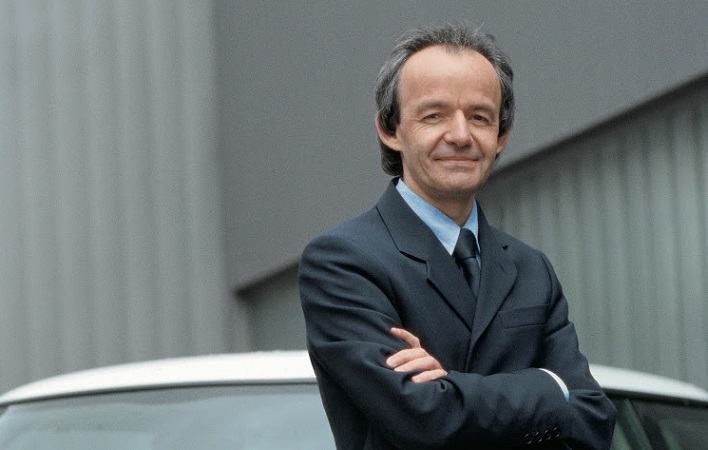 The Silicon Valley giant Apple has hired former BMW executive Ulrich Kranz to work on the company’s electric vehicle (EV) project. According to the reports, he will be working under the guidance of Doug Field, the former Tesla employee. Ulrich Kranz had co-founded EV startup Canoo and has helped BMW to launch BMW its electric i3 hatchback and hybrid i8 sports cars.

In 2016, Ulrich Kranz left BMW and was then part of EV startup, Faraday Future. However, his clash with the founder of the EV startup persuaded him to leave the company in 2017. During his time in the struggling EV startup, he met Stefan Krause. Faraday Future had accused Stefan Krause, Ulrich Kranz, and other former employees of trading secrets, which led to exit from the company. Both of them later founded EV startup Canoo.

The pair and other former BMW executives came up together to build an electric van, which they had planned to sell on a subscription basis. It was developed under the startup Canoo. The van included electronic motors, a battery pack, and essential electronics embedded in EVs. The startup revealed the van in 2019 and intended to sell or license to auto manufacturers. Apple came into the picture when it held preliminary talks with Canoo in 2020.

The meeting between the two companies involved investment and acquisition options. Canoo’s electric vehicle platform called skateboard was the key factor that attracted Apple toward the EV startup. However, the talk didn’t yield into any future scope. Later in 2020, Canoo announced a USD 2.4 Billion merger with Hennessy Capital Acquisition Corp. The EV startup was also in talks with Hyundai to use the former company’s skateboard platform technology for building the latter company’s electric vehicles. However, Canoo walked away from the deal.

Apple commenced its EV journey in 2014 and since then it has gone through various transitions. The tech giant was earlier focusing on the development of autonomous technology. Now, it has again averted its focus on the development of EV. Apple has aimed to start the production of passengers by 2024.

“We have an incredibly talented team working on autonomous systems and associated technologies at Apple. As the team focuses their work on several key areas for 2019, some groups are being moved to projects in other parts of the company, where they will support machine learning and other initiatives, across all of Apple,” the company’s spokesperson said. The dismissed employees were shifted to Apple’s different projects.

According to Reuters, Apple is in talks with China-based battery manufacturers CATL and BYD. The news was confirmed by the President Joe Biden administration on Tuesday. “My understanding is that Apple is talking about building advanced battery production factories here, here in the U.S.,” a White House economic adviser, Jared Bernstein, told the tabloid.

CATL supplies its batteries to major auto manufacturers including Tesla. However, it has been hesitant to build its factory in the country owing to political tension between the US and China. The company already has two major contract manufacturers in China for its consumer electronics product portfolio.  Apple’s plans to boost its electric car project amidst the White House administration plan to foster EV manufacturing in the US. President Joe Biden proposed a plan to allot USD 174 Billion to fuel the US EV market.

The Future of the EV Market

Major auto manufacturers are investing millions of dollars to leverage their market position in the EV market. Companies such as Ford, Volkswagen. Mercedes Benz and Tesla are introducing a fleet of EVs under their umbrella. As per a report by BloombergNEF (BNEF), EVs and zero-emission vehicles are anticipated to account for 70% of vehicle sales by 2040. BNEF reported the sale of three million passenger car EVs in 2020 and will almost rise 5X by 2020. Rising number of government initiatives to boost the EVs manufacturing by incentives/subsidies is expected to proliferate market growth. As of 2020, China led the EV market with the maximum number of startups focusing on EVs.