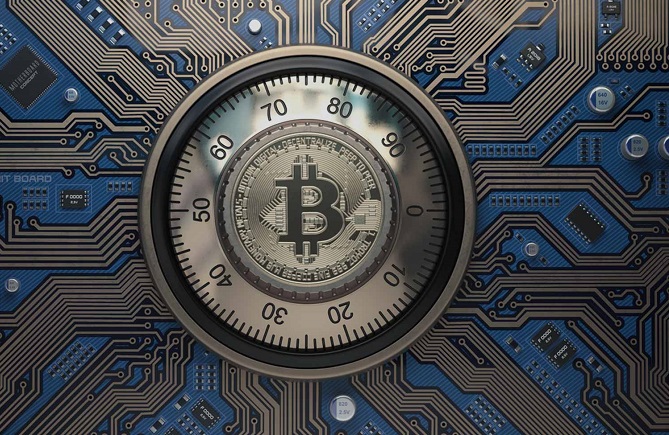 In recent weeks, the bitcoin price has slipped down dramatically over Musk tweets, China’s crackdown, and panic selling among the investors. On Tuesday, it further dropped below the USD 32,000 level, as reported by Coin Metrics data. The reason for the slide was unclear, but it points out to the recent extradition of ransom paid to hackers that cyberattacked Colonial Pipeline.

According to the court documents, the task force was launched to recover the money from the hacker’s bitcoin wallet. Reuters reported that the Department of Justice has successfully recovered approximately USD 2.3 Million. The pipeline corporation had paid around USD 5 Million in bitcoin. The investigators indicate that officials traced the bitcoin transaction to a digital wallet and under court order, it seized the wallet and retrieved the “private key.”

FBI’s access to hacker’s bitcoin wallet created chaos in the cryptocurrency industry owing to the question of security vulnerability. However, the crypto experts say told CBNC that is “all about sloppy storage” and it does not reflect the security image of the cryptocurrency world. In a news call on Monday, Elvis Chan, an assistant special agent at FBI, said that I don’t want to give up our tradecraft in case we want to use this again for future endeavors.”

In the affidavit in support of the seizure of bitcoin, the FBI noted that it has utilized Bitcoin explorer, a software, which “uses API and blockchain nodes to draw data from a blockchain, and uses a database to arrange and present the data to a user in a searchable format. These explorers are online tools that operate as a blockchain search engine that allows users to search for and review transactional data for any addresses on a particular blockchain.”

Various analysts suggest that USD 30,000 acts as a support level for bitcoin; however, the fall from the level would encourage investors to sell their holding, which can plummet the value between USD 20,000 and USD 30,000. “The major price support stands at the $30K level, and a slide below this handle could run into stops and accelerate the sell-off in the short run,” said a senior analyst at Swissquote. While Vijay Ayyar, head of crypto exchange Luno Pte, says that digital tokens are in a “cooling-off period,” which can last for few months.

Meanwhile, Mike McGlone, senior commodity strategist at Bloomberg Intelligence, says that the plummet in the price is due to “linked to fears of the Feds seizing people’s Bitcoins.” He continued that “we’ve been in a down-phase for a month now and this is part of it. It’s a continuation of the latest downtrend and this is the latest spark.”

Recovery of Bitcoin Sets a New Yardstick for The Cryptocurrency Industry

Earlier, the cryptocurrency industry was referred to as the house of illegal activities, which includes money laundering, tax evasion, and funding to illicit organizations. Nevertheless, the recovery of bitcoin sets a new precedent for governments across the globe. “It proves that the bitcoin blockchain is not a hostile ground for law enforcement,” said the US-based attorney Chris Giancarlo. “It proves that it is not a perfect tool for criminal activity.” According to Chainalysis, less than 1% of cryptocurrencies are used for illicit activities.

Jesse Spiro, Global Head of Policy for Chainalysis, said the cryptocurrency provides transparency and traceability, which mitigates the potential illicit activities in the industry. He added that one can “more effectively” trace the money than traditional finance systems. On the other hand, the market research company Carter told that the breach was executed perfectly owing to the imperfect storage of private keys. “If you want to store your coins truly outside of the reach of the state, you can just hold those private keys directly. That’s the equivalent of burying a bar of gold in your backyard,” added Carter.

In April 2021, the value of one bitcoin reached USD 60,000 for the first time in its history. However, last month, it tanked nearly 50% owing to dwindled confidence about the future of bitcoin. The volatility of Bitcoin could be weighed on the number of tweets by Elon Musk. Last month, Musk took a U-turn on the acceptance of bitcoin over energy consumed by bitcoin mining. Meanwhile, China’s crackdown on bitcoin mining and trading took a toll on the cryptocurrency market. On Tuesday, other digital tokens such as Etherum and XRP tanked 8% and 7% respectively.