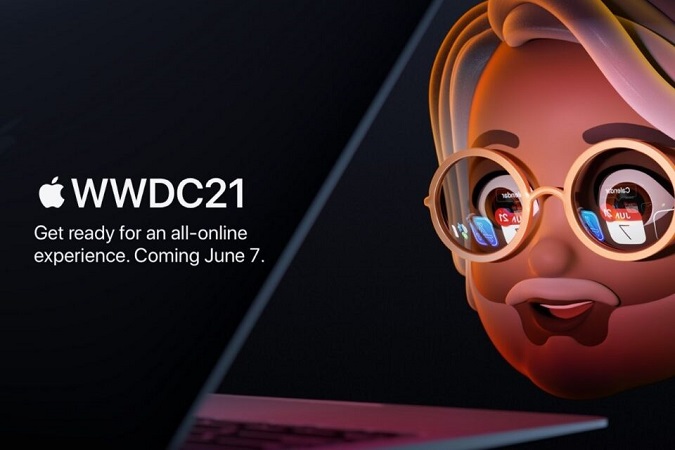 Apple organized its Worldwide Developers Conference (WWDC) on Monday to unveil its latest software updates and privacy features. The company introduced iOS 15 features, addressed its privacy updates, disclosed the latest attributes of FaceTime, and features of Apple wallet. It said that the beta versions will be available for testing to developers on Monday, while the public will get a hand on the software updates in July.

“We’ve all found ourselves using video calling for just about everything,” Craig Federighi, Apple’s SVP of software engineering, addressed in a virtual presentation. The company said in the keynote that it has paid USD 230 Billion to developers since its inception. It added that 600 Million people were week visits its App store.

The company introduced a new feature called “Focus,” which will let the users give freedom on what notification they choose to receive and from whom. For instance, the deployment of “work mode,” will allow only co-workers’ messages and emails displayed on the phone. “With Focus, you can carve out time in your day for work and personal life,” Federighi said.

On the updates on FaceTime, the company said that now users will be able to watch movies or listen to music with the people on the call. It has included portrait mode to eliminate backgrounds and provided a grid view to speak effectively to multiple people on the call. On the top side, Apple has made FaceTime available on Android and Windows. Apple has introduced a new feature called “shared with you” on iOS 15 that will let the OS save links shared by people in one place. This will help the users to look at them later. Moreover, it has redesigned its browser interface.

Apple said that it has added keys to its mobile wallet, which can help users to access everything from home to car. Additionally, the users will be able to store identity cards in Apple wallet. “You can never leave home without your keys, so we are continuing to add keys to wallet and making them even better,” said Jennifer Bailey, VP of Internet Services and Apple Play.

Apple has been marketing privacy as its X factor to get an edge in the smartphone market. The company unveiled various privacy features on its devices and apps. One of them is “mail privacy protection.” This security update will hide the IP addresses of users so email senders won’t’ be able to find if the user has opened their mail and link the information about users to others. Furthermore, it has also provided the virtual assistant Siri with an update. Now, Siri will process the audio on the phone instead of sending audio to servers.

“At Apple, we believe privacy is a fundamental human right,” said Federighi. We don’t think you should have to make a tradeoff between great features and privacy. We believe you deserve both.” Apple is going to add an App Tracker report with which user will know how apps are using the information. On Safari, it has added “private relay” so companies including Apple will not able to know what user is searching on the tab. On the other hand, CCS Insights Chief Analyst Ben Wood said in a mail that the privacy updates can “cause further consternation among those companies’ dependent on user data for tracking, advertising, and monetization.”

Apple and Facebook have been feuding on the former company’s privacy update. Apple’s iOS 14 update allows users to take a decision on whether apps can track their activity on apps and the web. However, this update can hit the revenue targets of Facebook. “Apple may say that they’re doing this to help people, but the moves clearly track their competitive interests,” said CEO of Facebook Mark Zuckerberg in January. Now, just before Apple kicked off its conference, he announced a Facebook feature.

“To help more creators make a living on our platforms, we’re going to keep paid online events, fan subscriptions, badges, and our upcoming independent news products free for creators until 2023. And when we do introduce a revenue share, it will be less than the 30% that Apple and others take, Zuckerberg said in a post. Even though WWDC was aimed at persuading developers to launch apps on Apple, the allegations from Facebook, Epic Games, Spotify, and other companies on their high commission have kept Apple in a tough spot.