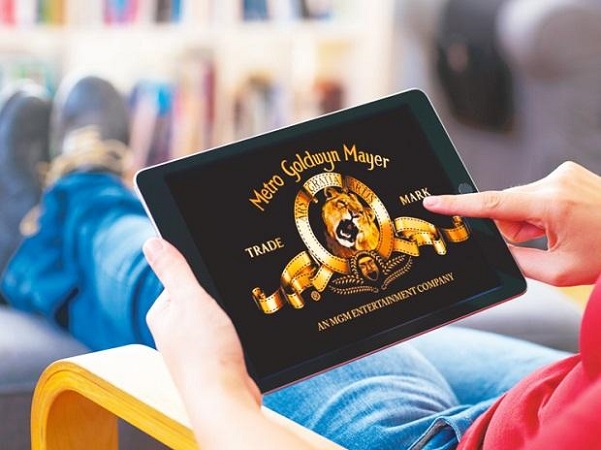 Amazon announces the acquisition of Metro Goldwyn Mayer (MGM) Studios for USD 8.45 Billion, including debt, on Wednesday. The company’s move to acquire the Hollywood studio reflects its ambitious vision to dominate the video streaming market.

Earlier this month, The Information reported the talks between the two companies and expected to close the deal between USD 7 Billion and USD 10 Billion. On the other hand, Variety reported that Amazon is negotiating with the media company to buy it for USD 9 Billion.

MGM Studios has experience of a century in the filmmaking industry. The media giant has a huge catalog of 4,000 films, which includes infamous films of James Bond, Rocky, Tomb Raider, Pink Panther, 12 Angry Men, Creed, and over 17,000 TV shows including Vikings, The Handmaid’s Tale, and The Tom & Jerry Comedy Show. Their shows and films have cumulatively won over 180 Academy and Emmy Awards. In the press release by Amazon, it said that it will help MGM Studios to “preserve MGM’s heritage and catalog of films.”

“The real financial value behind this deal is the treasure trove of IP in the deep catalog that we plan to reimagine and develop together with MGM’s talented team. It’s very exciting and provides so many opportunities for high-quality storytelling.” Said Mike Hopkins, Senior Vice President of Prime Video and Amazon Studios said in a statement. While MGM’s chairman Kevin Ulrich said that “The opportunity to align MGM’s storied history with Amazon is an inspiring combination.” The company was looking for a buyer since later 2020 and had reportedly preliminary talks with tech giants such as Apple and Netflix.

“We’re looking forward to reimagining and developing the deep catalog of MGM,” said CEO and Chairman Jeff Bezos at Amazon’s annual shareholding meeting. He added that “The acquisition’s thesis here is really very simple: MGM has a vast, deep catalog of much-loved intellectual property. With the talented people at MGM and Amazon Studios, we can reimagine and develop that IP for the 21s century… People who love stories are going to be the big beneficiaries.”

Amazon’s deal to acquire MGM Studio is the company’s second-largest deal in its history. Its largest deal was completed in 2017 on buying Whole Foods for USD 13.7 Billion. The company spent around USD 11 Billion in 2020, up 40% from 2019, on its video and music content. It has been betting on big investments to scale its customer base on Amazon Prime. Moreover, Amazon brought back its top executive Jeff Blackburn to helm the Global Media and Entertainment division. In March 2021, Amazon bought exclusive rights to broadcast the National Football League (NFL) for 11 years from the year 2023.

Giants Betting on the Streaming Market

Meanwhile, media juggernauts are engaging in partnerships, acquisitions, and mergers to maintain competency in the market. For instance, on May 21, 2021, AT&T announced the merger of its media spinoff WarnerMedia with Discovery. Under this merger, AT&T will receive USD 43 Billion and is expected to continue to stronghold its position in the telecom market. A similar deal was done between telecom giant Verizon and private equity firm Apollo Global Management. In the deal, the former company sold its media unit Verizon Media to the latter company for USD 4.5 Billion, while keeping a stake of 10% in the media business.

Antitrust Case Amidst the Completion of Deal

DC Attorney General Karl Racine has sued Amazon on antitrust grounds. The attorney accuses the company of maintaining the monopoly in the market by restricting independent sellers on prices set on third-party platforms.  This means that if a seller offers lower prices on other e-commerce platforms, it is no less than violating Amazon’s policy.  The company buries merchants’ products, tanking their sales. “Amazon’s policies have prevented competing platforms, including sellers’ own websites, from competing on price and gaining market share,” Karl Racine said on a press call.

“The DC Attorney General has it exactly backwards – sellers set their own prices for the products they offer in our store. Amazon takes pride in the fact that we offer low prices across the broadest selection, and like any store we reserve the right not to highlight offers to customers that are not priced competitively,” Amazon spokesperson told The Verge.