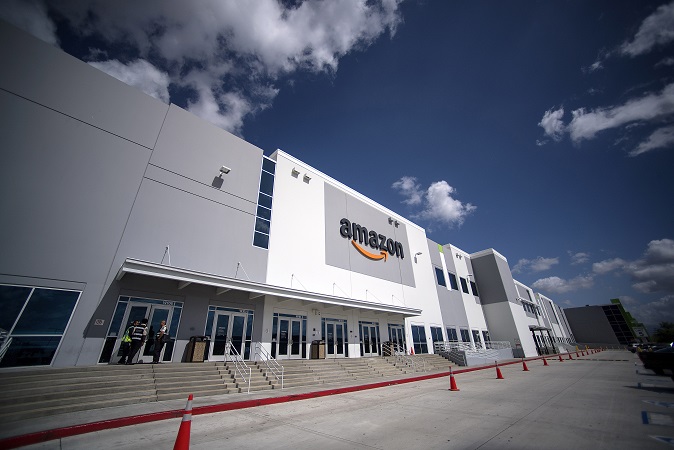 Amazon’s employees in the US have signed a petition asking the company to eliminate the emissions sprouting from its warehouses. The petition named ‘Amazon Employees for Climatic Justice,” which was signed by more than 600 employees, wants the company to deploy zero-emission technologies to eliminate the emissions among communities of color by 2030.

The petition was organized after Amazon voted down a stakeholder recommendation of reporting the pollution emitted from its warehouses located near the color communities’ neighborhood. Amazon says that a similar resolution was voted down last year. In the latest shareholder meeting, the company received 17 proposals from its activists’ investors, which asked them to publish data about the pollution emitted from its warehouses.

“As employees, we are alarmed that Amazon’s pollution is disproportionately concentrated in communities of color,” the petition reads. “We want to be proud of where we work. A company that lives up to its statements about racial equity and closes the racial equity gaps in its operations is a critical part of that.” The company has already pledged to become a carbon-neutral company by 2040; however, the employee group, who were awarded stocks as compensation, wants Amazon to reduce its timeline of the goal by 10 years. This was the first time employees leveraged their position as stakeholders to transform Amazon’s business practices.

According to the data collected from MWPVL International, around 80% of Amazon’s warehouses that reside in ZIP codes have higher population of communities of color. The major part of the company’s logistics empire resides in the east of Los Angeles, which comprises San Bernardino. This city has Amazon’s regional air hub facility, which helps the company to commit two-day delivery promise to its customers. San Bernardino’s airport terminal is anticipated to add 26 flights and 500 truck trips each day. The group found out in the research that the Inland Empire has poor air quality and higher risk of getting one inflicted with bronchitis and cancer.

“Amazon shows up without informing the community about their encroachment. They show up with warehouses and delivery trucks that worsen our roads, our air.” Paola Dela Cruz-Perez, a youth organizer for the nonprofit East Yard Communities for Environmental Justice said in the shareholder meeting. “Amazon has been expanding their operations in Southeast L.A. neighborhoods like my own by exactly understanding how environmental racism works, and choosing to profit from this oppression,” he added.

Meanwhile, Amazon’s spokesperson Brad Glasser said that the company is planning to install 10 solar rooftops in the Inland Empire, which is in the center of the city, and is investing on a large-scale to completely move the operations on renewable energy by 2025. In 2019, Amazon Employees for Climate Justice organized a rally to encourage the company to take stronger actions on climatic change. Nevertheless, a day prior to the walkout, Jeff Bezos announced plans to utilize a fleet of electric vans for its business operations.

Selene Xenia, an engineering manager at Amazon who is part of the climate group, said in an interview that “An electric delivery truck in a Seattle suburb doesn’t help a kid developing asthma living and going to school near a major shipping center, like in the Inland Empire.” She added that “I believe that tech workers have a responsibility to speak up about these issues and push their employer.” “Amazon would not exist without its employees. We are its greatest asset.”

Last month, the National Labors Relations Board found that Amazon has illegally fired two of its employees after they publicly addressed concerns about warehouse workers. However, the e-commerce giant cited that these employees violated the company’s policies. Amazon defended its decision by saying that “We support every employee’s right to criticize their employer’s working conditions, but that does not come with blanket immunity against our internal policies, all of which are lawful.”

The Verge reported that Amazon employees have signed a letter to AWS CEO Andy Jassy and Amazon’s CEO Jeff Bezos to acknowledge the predicaments of people in Palestine. The employees are asking the company to terminate the contracts with organizations that are active in human rights violations such as the Israeli Defense Forces. In the letter, Amazon employees have asked the company to create a relief fund for Palestinians affected by the devastation, acknowledge the suffering, protect freedom of speech, and establish human rights.